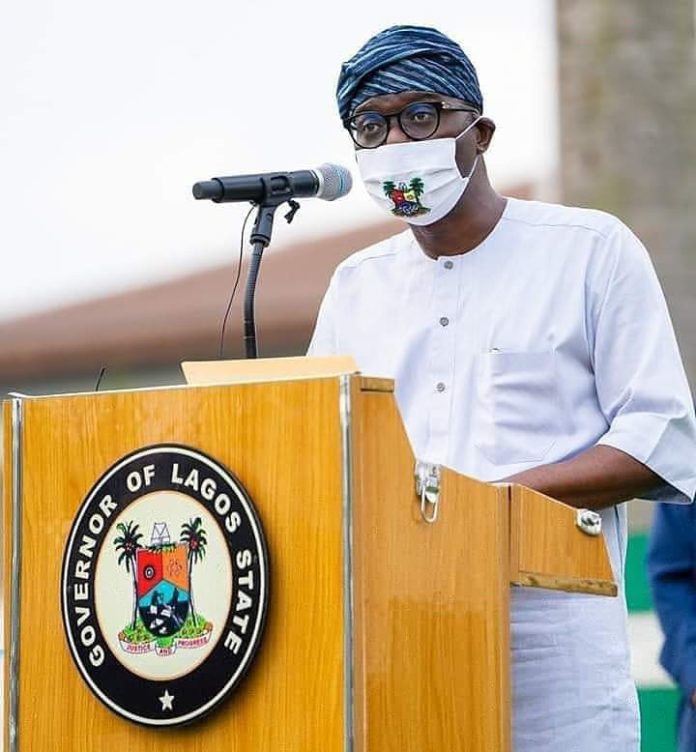 •Says 10 More To Be Completed Soon

The Governor expressed satisfaction with the new layout of the ever-busy junction, following the removal of a broad roundabout to create seamless flow of traffic.

The Allen Junction is one of the vulnerable spots across the metropolis notorious for vehicular logjam due to the roundabout, which was identified as an impediment to free flow of traffic.

In line with his administration’s traffic management agenda, Sanwo-Olu awarded contracts for the re-designing and construction of the identified traffic-prone spots across the State. Sixteen highways are currently undergoing re-construction and junction improvements.

Three of the six junctions captured in the first phase of road improvement programme have been completed. They are Allen Junction, Ikotun Roundabout, and Maryland Junction. Work is almost completed on three roundabouts in Lekki and Ajah of Eti-Osa area of the State.

Sanwo-Olu said the State Government considered the road improvement programme as one that would relieve commuters of burden of heavy traffic, stressing that the aim was to reduce journey time and increase productivity.

He said: “I am particularly excited that the famous Allen Roundabout is a lot more befitting now, with the new design and road furniture we have put in place. This project is now completed and there is no need for a formal handover because the junction is ever busy. What is now required of those plying the road is maintenance of the road furniture, because it is a new better experience for the road users.

“Apart from re-designing the junction, there are light traffic cameras installed on this junction from where we can remotely monitor what is happening on this axis any time of the day. These are parts of the improvement we have brought on this road and others we are re-designing. This is one of the promises we made to residents, that we would make travel time better and rewarding. From my observation so far, I can see the improvement in journey time.”

It was not only the roundabout that was removed at the Allen Junction, the Government also widened the junction with the creation of pedestrian walkways, zebra crossing, setbacks and laybys for commercial buses to carry and drop passengers.

The junction perimeter has also been adorned with lawns to reinforce the aesthetics of the area.

“Now, the junction has a better ambience. What it means is that, people don’t need to get to the Allen Junction to make a detour. We have resolved the conflict and we will ensure the installed traffic signals keep working every time,” Sanwo-Olu said.

The Governor expressed satisfaction on the re-designing of the Ikotun roundabout, which, he said, has led to improvement of traffic flow in the area. He also visited Maryland Junction on Mobolaji Bank-Anthony Way where an improvement had made to diffuse traffic gridlock.

While assessing ongoing re-designing of roundabouts at Lekki, Sanwo-Olu promised road users that the project would be completed in the next two weeks.

APC delivering on promises in spite of challenges – John Odigie-Oyegun