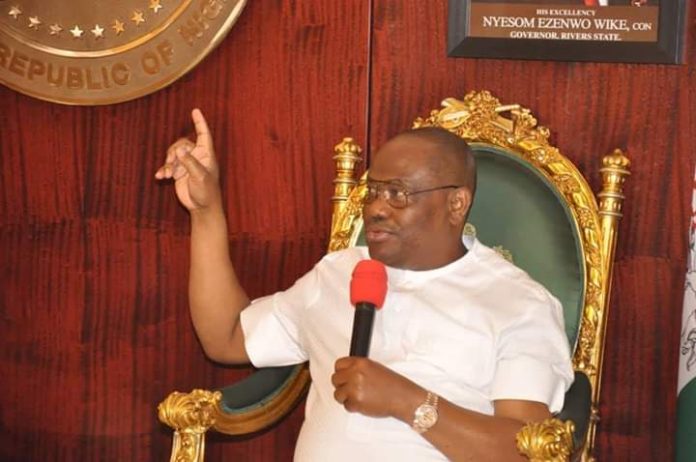 Rivers State Governor Nyesom Ezenwo Wike has acknowledged the Judiciary as a pillar sustaining the future of Nigeria. Speaking during the swearing-in of members of the Rivers State Judicial Service Commission, Governor Wike said a vibrant judiciary is critical to the sustenance of democracy.

Those sworn in are:

In his charge to the newly sworn-in members of the Rivers State Judicial Service Commision, Governor Wike urged them be deligent with their responsibility
as being on the Commission is not an avenue for personal gain but an opportunity to serve Rivers State and its people.

“It is a serious Commission so you should make sure you give your best.” “Everything has to be done to make the judiciary live up to expectation”

He urged them to work harmoniously with the Commission’s statutory members and advised when it is time to fill vacancies in the Judiciary, they should “focus on people that can work and shun ethnic sentiments to ensure Rivers State has a vibrant Judiciary.”

The Governor also announced that official vehicles would be allocated to the newly sworn in members to enable them function effectively.