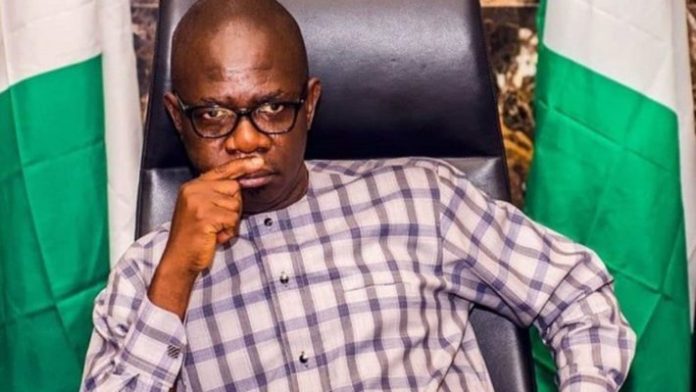 The Deputy Governor of Ondo State, Agboola Ajayi, has reacted to the reports that he has defected from the Peoples Democratic Party (PDP) which he joined from the All Progressives Congress (APC).

Ajayi’s Chief Press Secretary, Babatope Okeowo, faulted the claims that his principal has defected to the Zenith Labour Party (ZLP) on which platform he would contest the October 10 governorship election in Ondo after he lost in the PDP primary.

Okeowo told Channels Television during a telephone chat on Sunday that the deputy governor was under intense pressure from his supporters to contest for the election.

He, however, insisted that his principal has yet to declare for the ZLP or any other political party to contest the governorship election.

The deputy governor’s aide added that Ajayi has yet to take a decision on his next political move, saying he would likely make a declaration before the end of the week.

When contacted, the Publicity Secretary of ZLP in Ondo, Felix Olatunde, told Channels Television that the party has adopted Ajayi as its governorship candidate.

He explained that plans were being perfected to ensure that was done, noting that the candidate of the party, Rotimi Benjamin, had stepped down for the deputy governor.

Earlier, the PDP Publicity Secretary in the state, Zadok Akintoye, issued a statement that Ajayi was still a member of the party.

The deputy governor defected from the APC to the PDP in June to fight for the party’s governorship ticket in the primary but lost to Mr Eyitayo Jegede.

Thereafter, some of his supporters agitated that Ajayi be picked as Jegede’s running mate, but that was not the case as another person was chosen for the position.

The deputy governor’s exit from the APC followed a disagreement between him and the state governor, Oluwarotimi Akeredolu.

While he left the party in a bid to unseat the governor in the forthcoming election in Ondo, Governor Akeredolu has since emerged as the APC flagbearer for a second term in office.