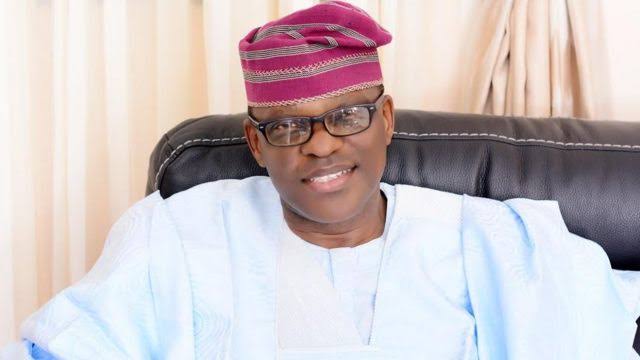 A combination of pictures of the Ondo State PDP Governorship candidate Eyitayo Jegede and his running mate Hon. Ikengboju Gboluga

The governorship candidate of the Peoples Democratic Party (PDP) in Ondo State, Eyitayo Jegede has picked Hon. Ikengboju Gboluga as his running mate.

Mr. Jegede made the announcement via his Twitter page on Tuesday.

“I am pleased to announce that Hon. Ikengboju Gboluga will be working with me in seeking your mandate in the October 10, 2020 governorship election”, he said.

Hon. Gboluga is a member of the House of Representatives representing Okitipupa/Irele Federal Constituency.

This comes barely 24 hours after the governorship candidate of the Zenith Labour Party (ZLP) in Ondo State, Agboola Ajayi, selected a running mate for the October 10, 2020 election.

Ajayi who is the current Deputy Governor of the state picked Gboye Adegbenro as his running mate.

The deputy governor had last week officially defected from the Peoples Democratic Party (PDP) to ZLP in Akure, the Ondo state capital.