Home FEATURED B B Apugo is a Man of Questionable Character- Abia North Stakeholders... 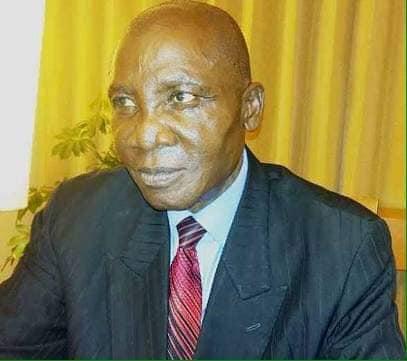 Spread the post
ABIA NORTH STAKEHOLDERS ASSEMBLY (ANSA).
PRESS RELEASE
APUGO’S SMEAR CAMPAIGN AGAINST SENATOR T. A. ORJI EXPOSES HIS STATURE AS A POLITICAL TODDLER.
It is quite unfortunate that an octogenarian and supposed statesman in Abia state, Chief B. B. Apugo who should have long taken break to from active partisan politics, given the time he began politicking and involving in state political activities will still be dragging for crumbs at a time his mates elsewhere are quitting the political space for the younger age and generation. This tells us the level of greed and insatiability the man in question inherently possesses.
While wisdom is attendant to old age, same cannot be said of Chief B. B. Apugo, his latest vitriolic and smear campaign against T.A Orji given. Here is a man whose inordinate ambition, parochial and pecuniary interest determine what he says or does many times regardless of public interest. B. B. Apugo is a man of questionable character who before now has enjoyed lucre and all forms of financial inducements from past political aspirants every political campaign and season; his political industry. We are therefore unsurprised with his latest vindictives and vituperative attack on the person and character of Senator T. A. Orji, erstwhile governor of Abia state, on Flow FM 94.9 radio on Monday, August 17, 2020.
B. B. Apugo, as we know him over decades, can never boast of any good not even for his state or as a respected citizen. He cannot also claim to have any ideological leaning and principles that can serve as alternative or better options to and than what he criticize today.
For decades during military rule, Apugo has had a hand in the torture of Abia being a lickspittle of the military but was only consigned to irrelevance and political oblivion when Dr. Orji Uzor Kalu came in 1999 and decided against the status quo where he was given handouts from past military administrators. The question all should ask B. B. Apugo today is what significant project across the state that stands to his credit and in his name. Though now a member of APC’s trusteeship board, aware that his political sun is sure to set, B. B. Apugo now takes to calumny; regrettable, this is unbecoming of a statesmanship, unstastesmanlike, to say the least.
Who is Chief Apugo better than? There is no need comparing him with any past or present governor of Abia since the return to democracy as those peerless governors are no match of his. Simple. What people like Apugo should do is to take a break from politics and play the seminal role of moulding consciousness than unguarded criticism.
Apugo’s issue with Senator T. A. Orji is not unconnected with the saying that a man’s foes are those of his household as recorded in the holy book according to epistle of Saint Matthew 10:36. The duo of Apugo and Orji are descended from Ibeku, in Umuahia and from the get-go of Orji’s political career to governorship, Apugo has never shown serious support for his brother because he had wanted much to either be the political Messiah or for same to emerge from his household like biblical Herod.
When Senator Theodore Orji was governor he ran an inclusive government where Apugo’s children were given enviable positions. To buttress this, one of the Apugos was made the General Manager of Abia State Environmental Protection Agency, ASEPA, while another was able to win election as a member of Abia state House of Assembly. This was what even Apugo could not do for his own children. The truth is that Senator T. A. Orji’s emergence in the scene diminished Apugo’s sphere of influence as most of his hangers-on were given a new lease of life leaving a feeling of desolation on the part of the chief.
We call on the Distinguished Senator Theodore Ahamefula Orji to disregard the ravings of the so-called chief and mind his work as a representative of his people.
Signed:
Hon. Goodluck Ibem
President General
Hon. Sunday Chukwu
Secretary General