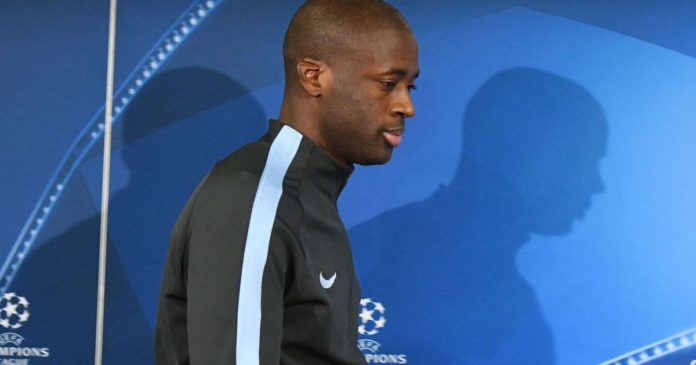 Yaya Toure, former Manchester City midfielder, has hit out at Pep Guardiola for failing to win the Champions League during his time at the club.

For the third straight year, City were dumped out in the quarter-finals after losing 3-1 to Lyon last week.

Toure, speaking with Football Daily, says their failure to perform in the competition was ‘strange’.

The ex-Ivory Coast international, who has endured a rocky relationship with Guardiola, believes the club hired the Spaniard in a bit to land the biggest trophy in European club competition.

“The manager has been signed for that, just to bring this trophy and when you see Liverpool maybe and other clubs who [have won it] without doing a lot of work in the transfer market, it’s quite strange and disappointing,” Toure said.

Guardiola has spent almost £700 million since he arrived at the Etihad in 2016.

But the 37-year-old has struggled to perform in the competition since leaving Barcelona in 2012.

‘He Is A Proven Goalscorer’ – Solskjaer Lauds Ighalo Impact Against...