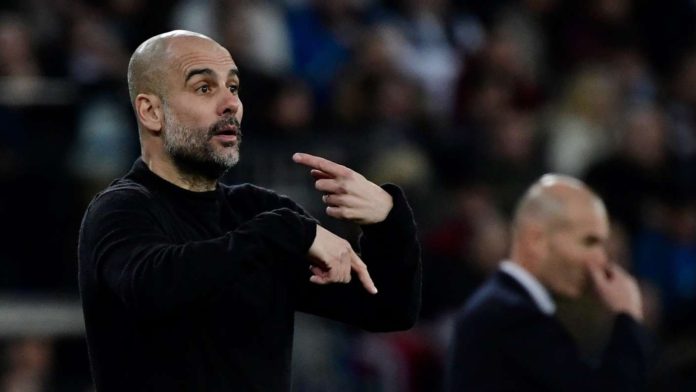 The Premier League giants want to move on after winning their Court of Arbitration for Sport appeal over their two-year European exclusion.

Manchester City chairman Khaldoon Al Mubarak says the club want to build bridges with UEFA after their ban from the Champions League was lifted.

The European governing body banned City from European competitions for alleged “serious breaches” of their Financial Fair Play regulations, only for the decision to be overturned on appeal by the Court of Arbitration for Sport.

City were critical of UEFA’s handling of the initial investigation, insisting all along they were innocent of any charges, although they were fined €10million (9m/$11m) for failing to co-operate with the probe.

Now Al Mubarak says the matter is finished and is hoping to build a strong relationship with UEFA, with City becoming a European stalwart ahead of the start of their 10th successive Champions League campaign in October.

“This was a challenge, it’s behind us, end of story as far as I am focused on one thing. How I can help this club compete in this competition and win it and how to have a constructive relationship with UEFA, I think it’s the only way to go.”

Last season’s Champions League campaign ended in disappointment with a 3-1 defeat to Lyon in the quarter-finals after a poor season that saw City finish 18 points behind Liverpool.

Pep Guardiola has already started to strengthen his squad with the additions of centre-back Nathan Ake and Spain Under-21s winger Ferran Torres.

City are also interested in Napoli’s Kalidou Koulibaly, and Al Mubarak hinted that they are prepared to break their strategy of signing young players with potential if Guardiola wants a player to go straight into the first team.

“If you look at the acquisitions we have made over the past couple of years, there’s a consistency in the type of player we have targeted in terms of age and quality,” he added. “So we will continue down that road.

“The age bracket, we are always looking at it as a priority for the first team, in that 20-25 year old category, that’s kind of the spot that we like.

“At the same time, the reason I don’t like to box myself in with this answer is because sometimes opportunities come up that fit with what the manager wants and with what we need for the squad that might be out of that box and if that’s the case, we’re pragmatic enough to make that move.

“So nothing is set in stone. We clearly have a way of doing business in terms of targets that are well defined but at the same time, we’re pragmatic enough to take the opportunity if that opportunity comes up.”

Al Mubarak also said it was a relief as well as a pleasure to see Kevin De Bruyne named the Premier League Player of the Year.

The Belgian becomes the first City player to win the award and the City chairman admitted he was worried the club’s stars were being overlooked after failing to have a winner in their four title-winning seasons.

Article continues below
“I was very pleased, very pleased because it is so well deserved,” Al Mubarak said. “It was a combination of being pleased but also a bit relieved. I was worried because we have seen it before with City players, them being overlooked for this very important award and I was worried that Kevin would be overlooked this year, because in my view it was unquestionable.

“My vote was clear, obviously it is subjective because of who he plays for, but Kevin is the best player in the league this year. He’s earned it, he’s shown it and I’m glad he got this appreciation and respect from the football world.

“He has become and important leader of this group. He is really the future of Manchester City Football Club and all I can say is well deserved and well earned.”