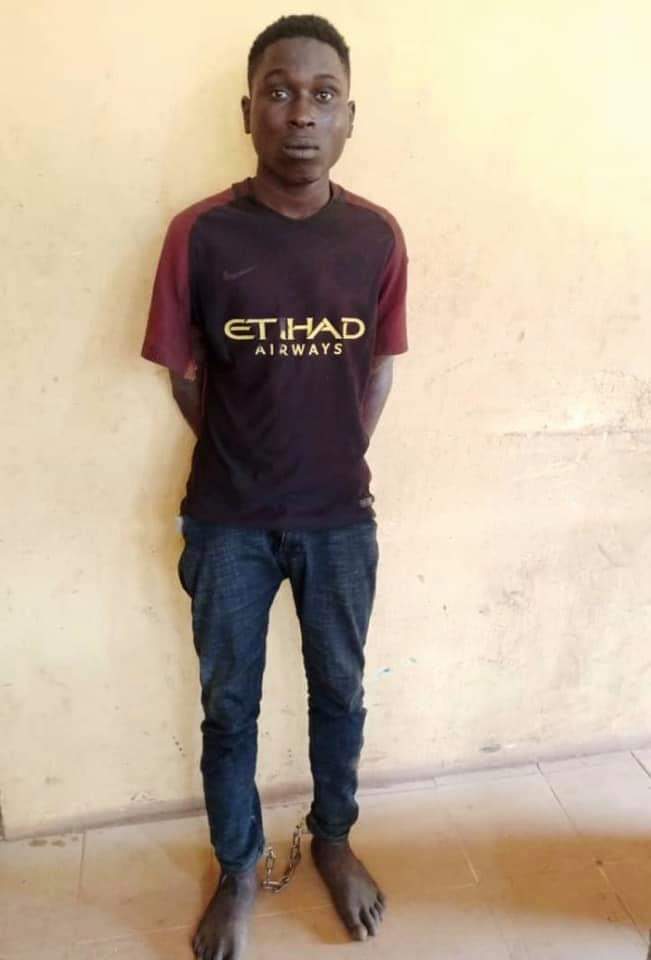 Operatives of the Nigeria Police Force, Oyo State Police Command, have re-arrested the notorious murder suspect, Sunday Shodipe who escaped from lawful custody on 11th August, 2020. He was re-arrested today, Sunday, 23rd August, 2020 by Police operatives at the Bodija area of Ibadan, the Oyo State Capital.

It would be recalled that the erstwhile fugitive is a prime suspect in multiple murder of innocent citizens at Akinyele Local Government Area, Moniya, Ibadan, Oyo State.

The Inspector General of Police, IGP M.A Adamu, NPM,mni while commending the Commissioner of Police, Oyo State Command, CP Joe Nwachukwu Enwonwu and his Team for a job well done, equally expressed his sincere appreciation to the citizens for their support and understanding while the manhunt for the rearrested Shodipe lasted.

Meanwhile, the IGP has warned against any form of complacency on the part of the operatives of the Oyo State Police Command, stressing that all hands must be on deck to bring the case to a positive and successful closure.