On Thursday the Peoples Democratic Party (PDP) Ogun State chapter, has said that the former Governor of Ekiti State, Mr. Ayo Fayose, lacked the moral right to complain about the leadership of the party in the South West. 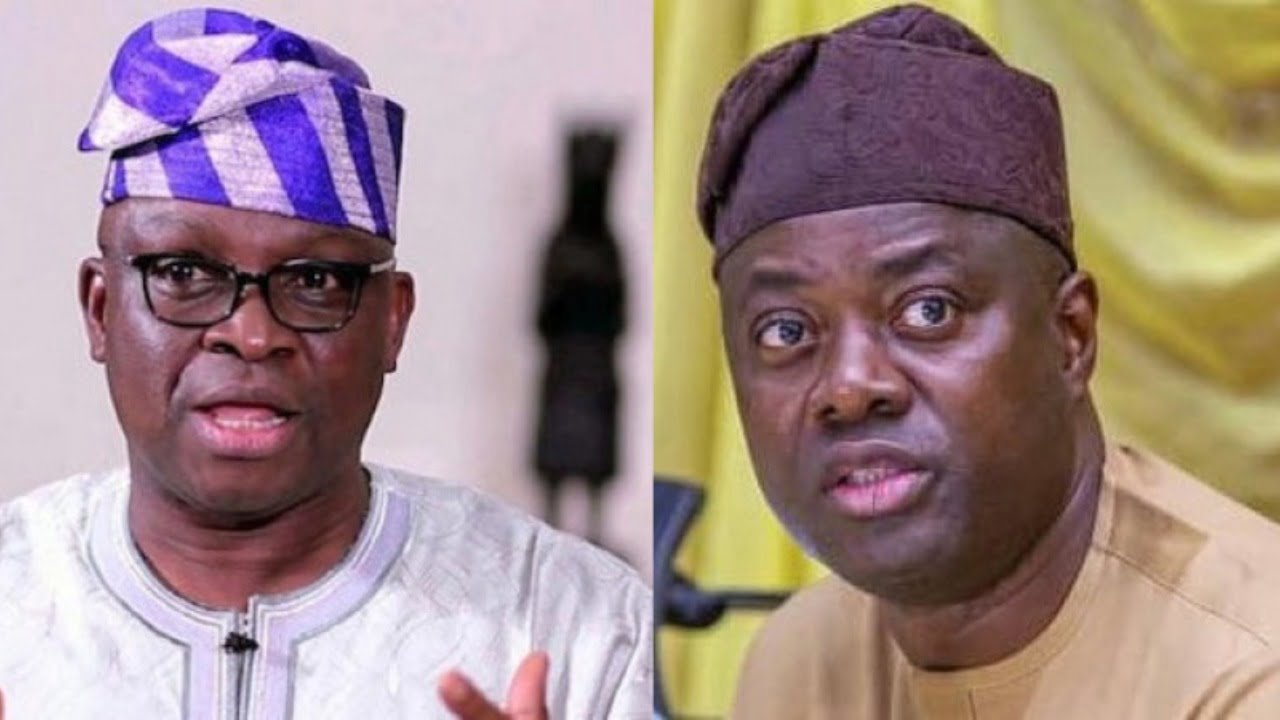 “We are surprised that Mr. Fayose could be talking of the need to allow some persons to complete their terms and run the party in their states, whereas he is the master of impunity and meddlesomeness.

“He is the brain behind the impostors that he has been associating with in Ogun State. He has been supporting them against the Rule of Law since his days as governor of Ekiti State.

“He truncated the tenure of the South West Zonal Exco as well as that of Prof. Wale Oladipo and the late Alhaji Fatai Adeyanju as National Secretary and National Auditor. He ran the party like his personal business when he was the only PDP governor in the South West.”

“It is high time Mr. Fayose woke up from his dream and faced the reality that his time has passed and a new leader has emerged; and we must genuinely accept Engr. Makinde without any dispute as the one who has been anointed by the Almighty God to lead us in the South West PDP at this point in time

“When Mr. Fayose held sway as the Governor of Ekiti State, he never allowed anyone to challenge him. He bamboozled and supressed everyone as governor even when we had the more experienced and mature Dr. Olusegun Mimiko as governor of Ondo State.”

The party appealed to notable leaders and elders of the PDP like Chief Bode George, Alhaji Shuaibu Oyedokun, Senator Abiodun Olujinmi and Prince Olagunsoye Oyinlola, among others, to rally round Makinde to take PDP to greater heights.

It wondered why Fayose enjoys destroying other people’s legacies while protecting his own.

“Mr. Fayose takes delight in betraying his friends because of his selfish interest. After our beloved leader, the late Senator Buruji Kashamu supported him to emerge as the Governor of Ekiti State in 2014, he betrayed him and nearly drove him out of the PDP.

“He worked against the PDP and Senator Olujinmi’s re-election but God disappointed him.

“We would have thought that that would have taught him a lesson. But no, he continues with his unbridled arrogance and bloated ego,” the party added.

“It urged the Governors and other national leaders of the PDP “to call Mr. Fayose to order before he plunges the PDP in the South West into another round of avoidable crisis because of his unbridled ambition and insatiable hunger for power.”