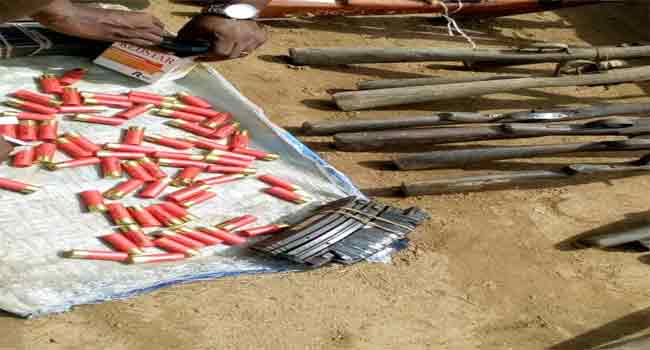 On Tuesday the Police Command has uncovered very important personalities involved in the movement and proliferation of arms and cult related activities in Rivers State.

Joseph Mukan, the commissioner for Police in Rivers State, made the revelation during an interview on a Live radio show in Port Harcourt.

CP Mukan said the identities of the personalities will not be publicised until after investigations when they will be eventually arrested and brought to book.

He said the Command under his watch is mobilizing heavily to eradicate illegal arms and ammunition in Rivers State.

“We have shifted our operation to focus on one notorious cultist, kidnapper and even armed robber who goes by the name VIP. We are on his trail and although our strategies will not be made public, we will get him.

“The issue of cultism as we rightly observed is voluntary and unfortunately, some respectable members of the society are part of these cultists.

“I cannot mention names but they have been identified and we will take drastic actions to bring them to book,” Mukan said