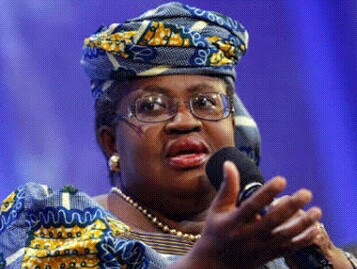 The Nigeria’s former Minister of Finance, Ngozi Okonjo-Iweala, has been included in the final shortlist of candidates for the position of Director-General of the World Trade Organisation (WTO).

The WTO members, however, evicted three candidates from the Director-General race, according to Bloomberg on Friday.

WTO General Council Chairman, David Walker, in a statement on Friday said “Their expertise and high professional and personal qualities are highly valued and respected by all members,”.

However, the second phase of consultations would start on September 24 to October 6 after which the WTO would release two final candidates.

Recalls that in July, Okonjo-Iweala made a presentation to the WTOGeneral Council.

2023: Atiku weighs options as Wike, colleagues refuse to concede over...