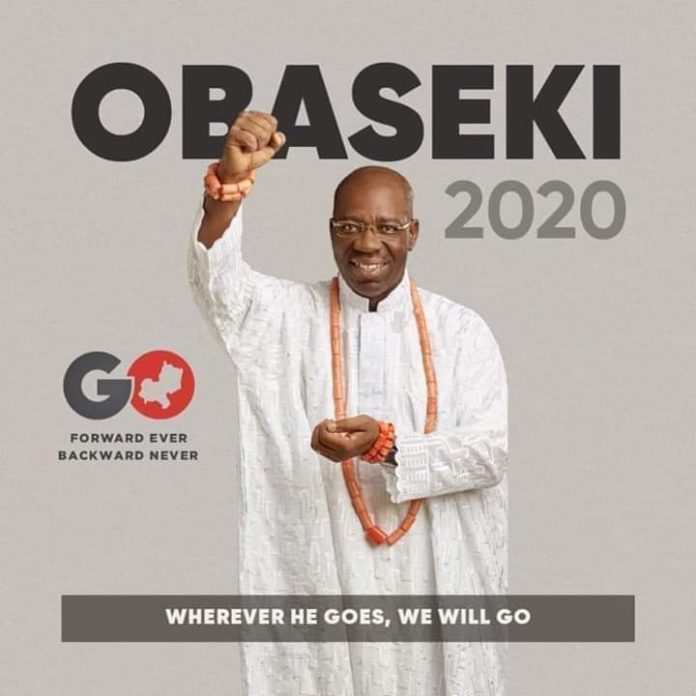 On Sunday Governor Godwin Obaseki, the reelected Governor of Edo State, has reacted to his victory at the Saturday’s governorship election.

Gov. Obaseki stated this during a press conference in Benin City, the state capital after he was declared winner of the election.

Gov. Obaseki also thanked people of the state for reelecting him for another four years.

Gov. Obaseki said: “The people of Edo have spoken and they spoke loudly. Thank you President Buhari for defending democracy and for allowing INEC and security services to performing their duties without interference.

“INEC has shown that they can conduct election without interference.

“I’m grateful to the right party, the PDP, my governors.”