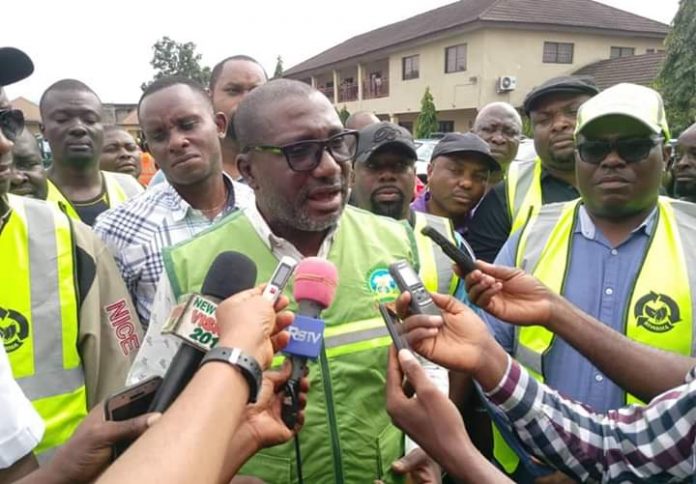 On Wednesday the Former Chairman of the People’s Democratic Party (PDP) in Rivers State, Felix Obuah, has begged the All Progressives Congress (APC) in Edo State to forgive Adams Oshiomhole.

Obuah said this in reaction to alleged plot to expel the former Edo Governor.

“As true and evident as it has shown that the APC lost the Edo governorship election, largely because of Oshiomhole’s intransigence and arrogance, expelling him at this material time could only translate to political suicide for the already beleaguered Edo-born politician.”

Obuah said being a core politician, he could discern the degree of regret and remorse that goes on in Oshiomhole’s mind

“I’m indeed sorry for the Edo APC supporters on the account that the state had suffered in the hands of Oshiomhole both as Edo State governor and as the national chairman of the party.

NEWS:  Edo Election: ‘Fight is not over’ says Obaseki, demands coperation from Oshiomhole

“Nonetheless, I beseech you to forgive him but if contrary to my plea, you are still bent on discarding him, I think the PDP will definitely not accept him into our more responsible and united party,’’ he added.

The APC has denied the purported expulsion plot.

2019 Poll: Ballot box snatchers will pay with their lives – Buhari