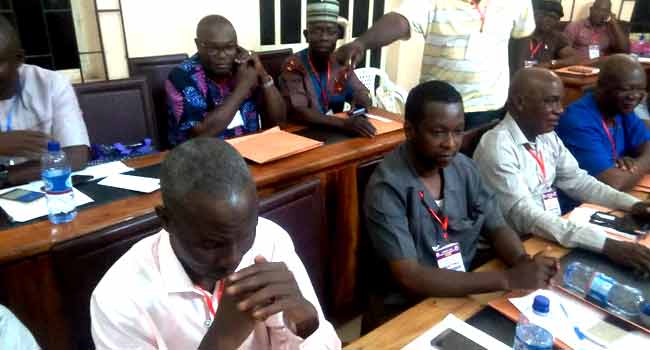 On Thursday there was drama at Chukwuemeka Odumegwu Ojukwu University, COOU, Igbariam, Anambra State as gun-wielding security men from the institution’s anti-cultism outfit chased away lecturers of the institution, preventing them from holding a scheduled meeting. 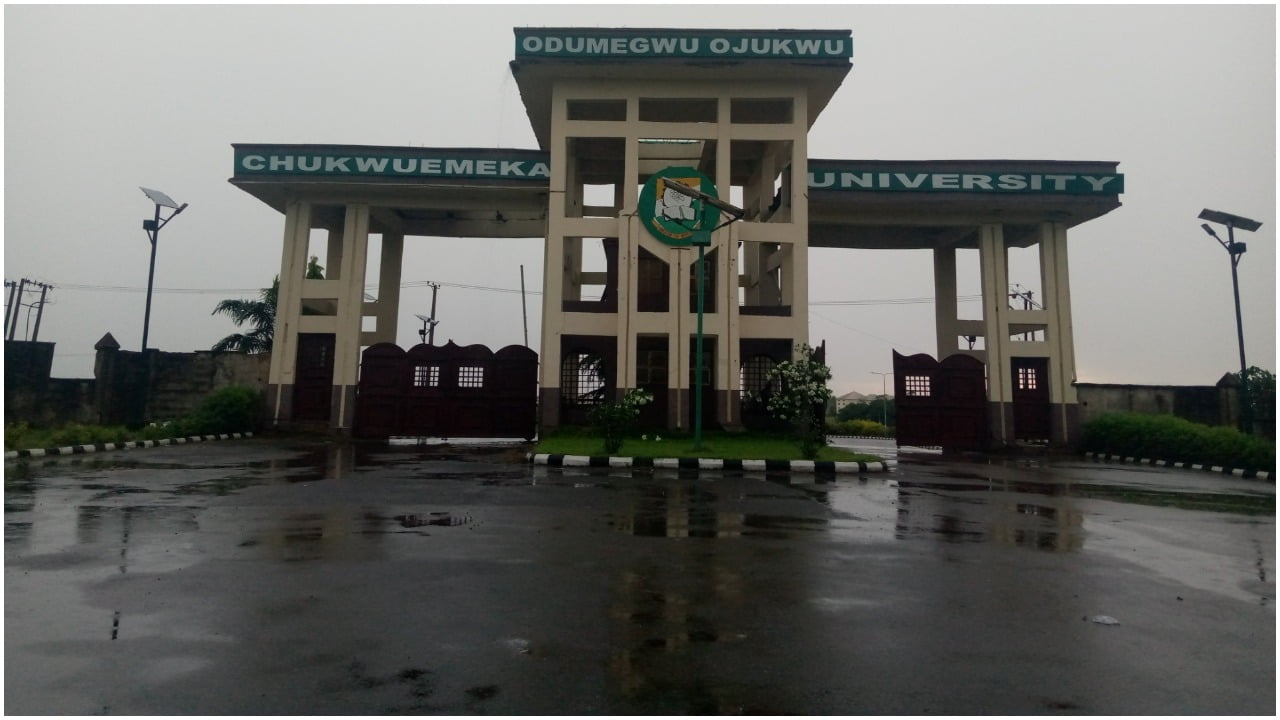 The group left the hall and converged under a mango tree in the institution, but were also stopped from meeting but they insisted.

The immediate past coordinator of ASUU, Owerri zone, Prof Ike Odumegwu who spoke to journalists said, “the security men said they were instructed by the Vice-Chancellor of the university, Prof Greg Nwakoby not to let the group hold its meeting within the institution.

“We have never been treated this way before. How can the Vice-Chancellor send security men to stop us from meeting? They shut the door against us and asked everyone out of the hall as if we were common criminals.”

Prof Alphonsus Aniebo, chairman of ASUU in the institution said, “I have been queried because of this strike and this is geared towards terminating my appointment in this university

“It is very unfortunate. This union made a lot of sacrifices, we have been key to the struggles here. We will not be intimidated. In this university, there is no budget monitoring fund. TETFUND and NEEDS are products of ASUU struggles, but the VC is bent on killing the university because he has just three years to leave.

“The university wants us to break a national strike, but we have said we will not. We will keep following the national body of ASUU because every achievement he has here has been as a result of ASUU struggle,” he said.

Chairman of the Owerri zone of ASUU, Dr Uzo Onyebinama condemned the action of the Vice-Chancellor, refuting claims that the lecturers had no reason to go on strikes because they are not captured in the controversial IPPIS payment model.

“Let me tell you, our struggle has been on, for a number of reasons before the Federal Government brought in IPPIS. For the vice-chancellor to claim that IPPIS is the sole reason for the strike shows that he is not well informed.”

Vice-Chancellor of the institution, Prof Greg Nwakoby had days back stated that academic activities will continue in the institution. He stated that out of over 600 lecturers in the university, only a few were embarking on the strike.

WASCE: We Must not Jeopardise our Children’s Future – Abia Gov’t

Lecturer suspended for failing students who refused to buy handouts

UTME: We’ll not release results today, expect it within the week...

JUTH chapter of NASU cries out, say ‘Our members have not...