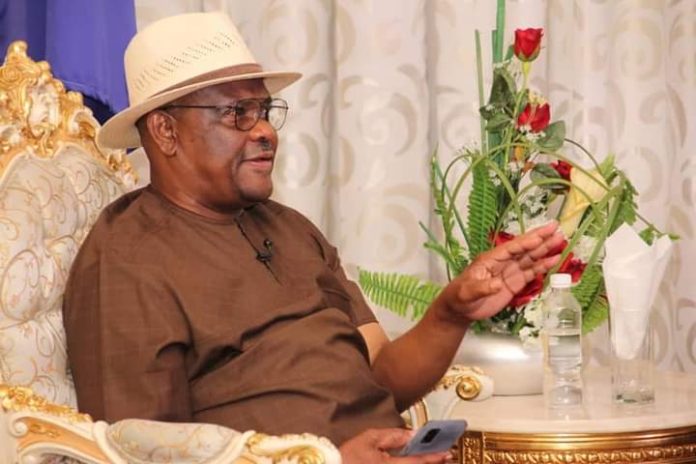 Rivers State Governor, Nyesom Ezenwo Wike has expressed concern over the pressure being mounted on the Independent National Electoral Commission (INEC) and the Security Agencies to scuttle the will of Ondo people during the October 2020 Governorship Election.

He said while the people of Edo State fought godfatherism, Ondo State would respond to several unfulfilled promises made to them by the All Progressives Congress(APC).

Governor Wike said the national leadership of APC is not happy that they lost Edo to the Peoples Democratic Party (PDP) and would do everything possible not to lose Ondo State.

“Having lost Edo State, everything will be done not to lose Ondo State because they know that will mean the end of APC.

“It is such pressure that is on INEC and the Security Agencies now that may lead to their compromising.

“I fear that INEC and the Security Agencies may succumb. But I pray they resist it and continue to defend democracy.

“In Ondo State, the will of the people are against them and incumbency will not work,” he said.

The Governor explained that the Edo State election has been adjudged as credible because the process was not tampered with and the result reflected the will of the people.

According to him, it is the first time everybody including the civil society groups agreed that everything went on well.

The security agencies, he said, did not allow thugs to overrun the polling units during the election.

Governor Wike noted that the PDP campaigned from ward to ward and the people resolved to stop Adams Oshiomhole from taking them for granted.

He said if what was witnessed in Edo State continues, then there is hope for healthy democratic practice in Nigeria.

The Governor lamented the impunity exhibited by the Inspector General of Police who ordered him to leave Edo State while his Imo and Kano counterparts were not harassed.

Governor Wike explained that the Inspector General’s role was premeditated because Rivers State Government is challenging the deduction of its revenue by the Federal Government for the Police Trust Fund.

He announced that the State would soon employ 6,000 teachers to improve the quality of education.

The Governor described Governors as Chief Logistics Officers and not Chief Security Officers.

According to him, Governors do not have control over security in their States because those securing them can be withdrawn at will.