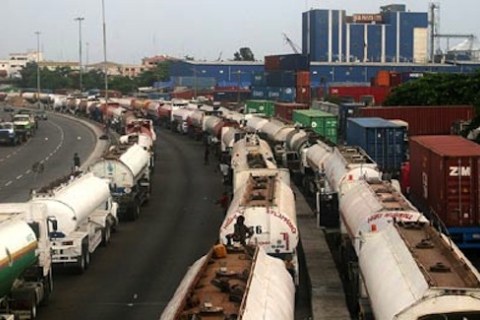 On Friday the Independent Petroleum Marketers Association of Nigeria (IPMAN) has disclosed that some filling stations in Lagos State were not selling fuel because of the uncertainty of the new pump price.

The IPMAN’s President, Mr Chinedu Okoronkwo, made this known in an interview with the News Agency of Nigeria (NAN) in Lagos.

Recall that the Petroleum Products Marketing Company (PPMC) had adjusted the petrol price from N147. 67 to N155.17 effective November 13.

It was reported that only some filling stations sold petrol at the old pump price of N159 per litre at the Iyana-Ipaja Abule-Egba and Ikeja areas of Lagos, while others owned by independent marketers, were not opened for business, thereby creating fear of fuel scarcity among residents and motorists of the areas.

But Okoronkwo has now told newsmen that there was no need for panic buying because the action of filling stations were based on the price notation to marketers by the PPMC.

According to him, “We buy from them, and we heard that there is a new ex-depot price.

“Now people will like to know whether that’s true from the source so that they’ll not sell at a loss.

“So the marketers are waiting for clarification from PPMC because a lot of people weren’t privy to have seen the memo.

“Hopefully, it will be resolved soon, and everybody will start selling.”

Why approval for sale of seized oil vessels’ content was issued...