Home FEATURED Why Gambari was ‘shocked’ over Amaechi’s absence during South-South, FG meeting –... 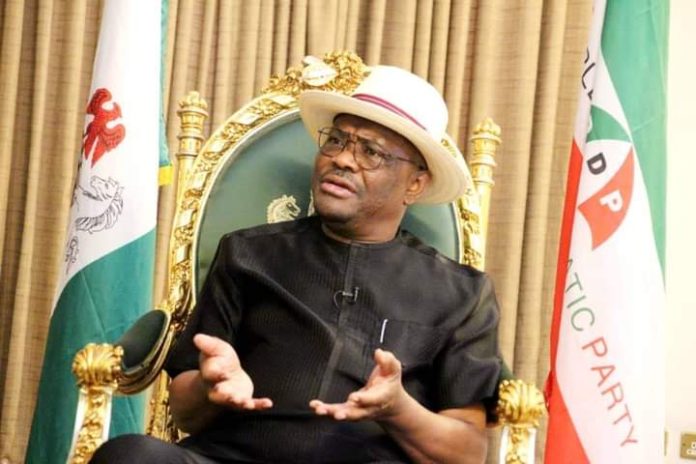 The Governor of Rivers State, Nyesom Wike, has insisted that the Chief of Staff to the President, Prof. Ibrahim Gambari, was shocked over the Minister of Transportation, Rotimi Amaechi’s absence at the South-South stakeholders’ meeting with the President Muhammadu Buhari’s delegation because he knew that the Minister was at the airport with them.

Wike stated this while speaking on Channels Television’s Sunrise Daily on Thursday.

The governor described as regrettable the absence of Amaechi, who arrived at the Government House, Port Harcourt, with Gambari for the crucial stakeholders meeting on Tuesday, but failed to participate in the event for inexplicable reasons.

“When I told the Chief of Staff, where is my own Minister, he was also shocked, because he knew that the Minister was at the airport with them,” Wike said.

Recall that the Federal Government held a meeting in the Rivers State Government House, Port Harcourt, on Tuesday.

The meeting had in attendance most presidential appointees from the region and elected representatives.

Gambari led the presidential delegation comprising ministers from the South-South.

Saraki should be ready to vacate Senate Presidency – Omo-Agege