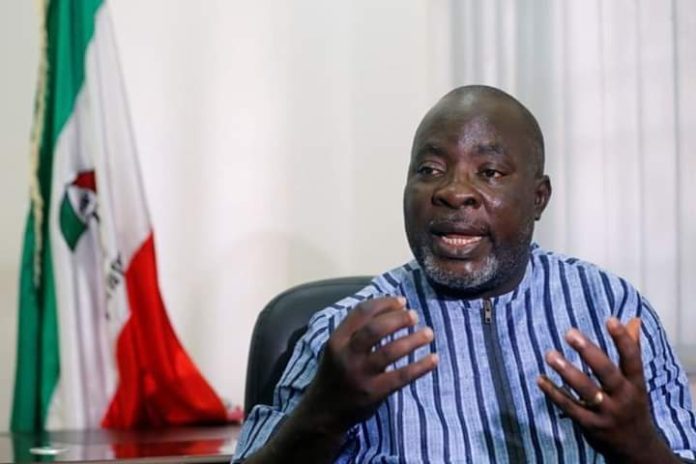 The Peoples Democratic Party (PDP) is alarmed by the reckless and bizarre attempt by the Buhari Presidency to rationalize the gruesome beheading of 43 innocent Nigerians by insurgents in Zabarmari, Borno state.

The PDP is outraged by the Buhari Presidency’s claims that the farmers were killed because they failed to get clearance before going to their farms; a statement, which is also an admission that the Buhari administration has been overwhelmed by terrorists and can no longer guarantee our compatriots a normal life.

Our party submits that it is weird, reprehensible and repulsive that the Buhari Presidency now seeks to turn itself into a mouthpiece of terrorists by this subtle attempt to rationalize the killing of innocent and hard working Nigerians.

This unpatriotic stance smacks of support for acts of terrorism and mindless killing of our compatriots by a government whose Commander-in-Chief had promised Nigerians to lead the battle against insurgents from the front.

Our party is forced to hold that attitudes such as the unpatriotic remark of the Buhari Presidency embolden insurgents in their ceaseless attacks in our country.

Such also provides further insights into the escalation of acts of terrorism in our country in the last five years.

It is indeed shocking that the Buhari Presidency has graduated from making bogus claims of having degraded terrorism to the embarrassing point of blaming unprotected and helpless Nigerians for falling victims of terrorist attacks. This, to say the least, is the height of leadership failure of the lazy, lethargic and incompetent Buhari administration.

It is therefore insensitive for the Buhari Presidency to have shown this huge lack of empathy, which amounts to a spat on the grave of the slain as well as an unpardonable slap on the faces of the generality of mourning Nigerians.

Perhaps this also informs why their party, the All Progressives Congress (APC), has not deemed it fit to have a word of lamentation for the death nor consolation for the bereaved.

Our party therefore calls on President Muhammadu Buhari to immediately withdraw the offensive statement by his Presidency and apologize to Nigerians, particularly the people of Borno state.

The PDP also restate our call to Mr. President to heed the demands by Nigerians to rejig our security architecture as well as replace his service chiefs with more competent hands in the interest of our nation.