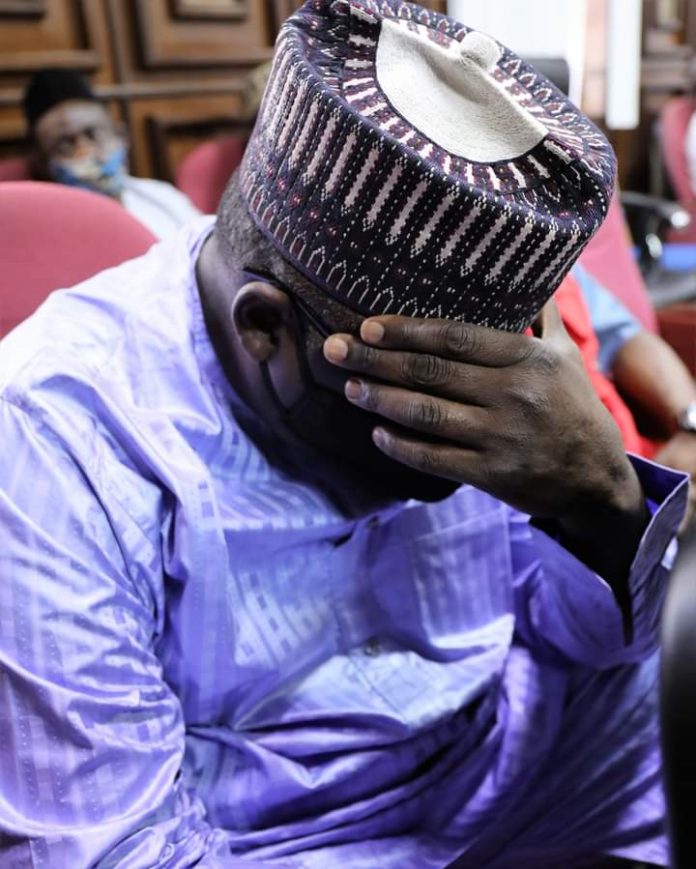 Justice Okong Abang of the Federal High Court, Abuja, on Friday, December 4, 2020, gave an order for the remand of ex-chairman, Pension Reform Task Team, (PRTT), Abdulrasheed Maina in prison custody till the end of his trial, and adjourned the matter till December 8, 2020 upon application by a new defence counsel, Adaji Abel.

According to Abang, “The defendant is already on bench warrant, his bail having been revoked, so he shall be remanded in a correctional service, pending conclusion of trial. The matter is hereby adjourned till December 8, 2020 at the instance of the first defendant for continuation of trial.”

The order for Maina to remain in prison custody till the end of his trial followed his jumping of his bail by fleeing to Niger Republic, where he was arrested by the International Police (Interpol) and extradited to Nigeria on Thursday, December 3, 2020 to face justice.

The new defence counsel applied for adjournment to enable him familiarize himself with the case but prosecution counsel, M.S. Abubaker opposed the application on the ground that the ninth prosecution witness, (PW9), Rouqayyah Ibrahim, an EFCC detective was in court to continue her evidence-in-chief.

In ruling against the prosecution, Abang stated that

“The first defendant is entitled to all his constitutional rights under Section 36 of 1999 Constitution, especially the rights that have to do with fair hearing. The defendant is represented by counsel and the counsel prayed for a short date to enable him to be properly briefed. I am inclined to accommodate the counsel for the first defendant in the overall interest of justice,” noting that the ninth prosecution witness, who has been testifying in Maina’s trial in absentia, may continue from where she stopped on Thursday, December 3, when the trial now resumes.

According to Abang, “It is also possible to allow the PW9 that has already commenced her evidence to complete same and for the defence counsel to take a date for cross-examination, but I think it is safer and indeed neater to adjourn the matter to enable the first defendant brief his counsel in the overall interest of justice.”

Also at today’s sitting, Francis Oransanye, Maina’s former counsel, formally withdrew his services to the defendant, having filed a notice of withdrawal in court on November 25, 2020.

We Cant Wait For Men To Give Us Power:Senator Stella Oduah