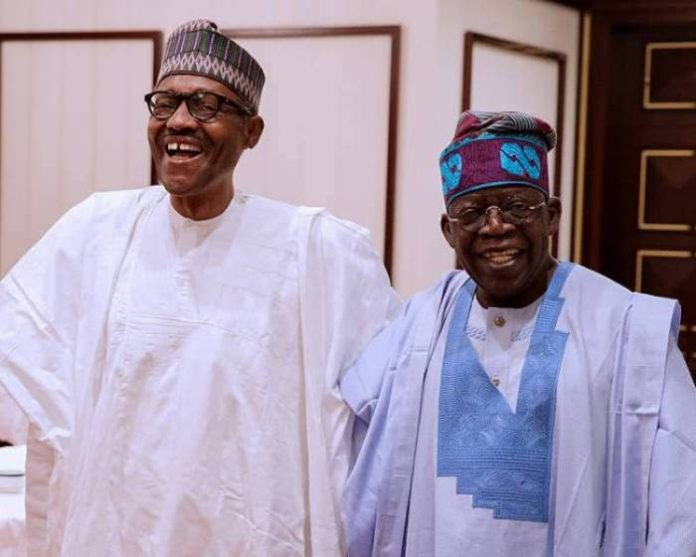 Bola Tinubu, National Leader of the All Progressives Congress, APC, on Saturday, commended President Muhammadu Buhari over his prompt intervention in rescuing the over 300 kidnapped students of Government Science Secondary School in Kankara, Katsina State.

Tinubu said the release of the students was an indication that Buhari was committed to ending insecurity in Nigeria.

In a statement by his Media Aide, Tunde Rahman, the APC National Leader said Buhari was determined to “see the back of bandits and insurgents in the land.”

The former Lagos State Governor also commended the Katsina State Governor, Aminu Bello Masari and the armed forces for working tirelessly to secure the release of the schoolboys.

According to Tinubu: “The initial abduction of the over 300 Kankara schoolboys from their dormitory in broad daylight was unsettling and raises serious concern.

“However, their prompt rescue from their abductors is heart-warming.

“It vindicates President Buhari in his untiring commitment and determination to rid the country of insecurity and confront Boko Haram insurgents and bandits operating in some parts of the country.

“I congratulate and commend the president for his prompt and decisive intervention. I must also congratulate Katsina State Governor Aminu Bello Masari and men of our armed forces for bringing the boys back home.

“This laudable effort must be sustained. We must all do more to tackle the evildoers and see the back of the Boko insurgents and bandits.

“We need to upgrade our security infrastructure and re-strategize. The armed forces themselves must renew their efforts to make not only our schools safe for students but also our cities and villages. No development can occur in a climate of fear, uncertainty, and insecurity of lives and property.

“I empathize with the agonized parents and relations of the abducted schoolboys and rejoice with them over the release of their children from the jaws of the abductors. These boys must now be reunited with their families.”