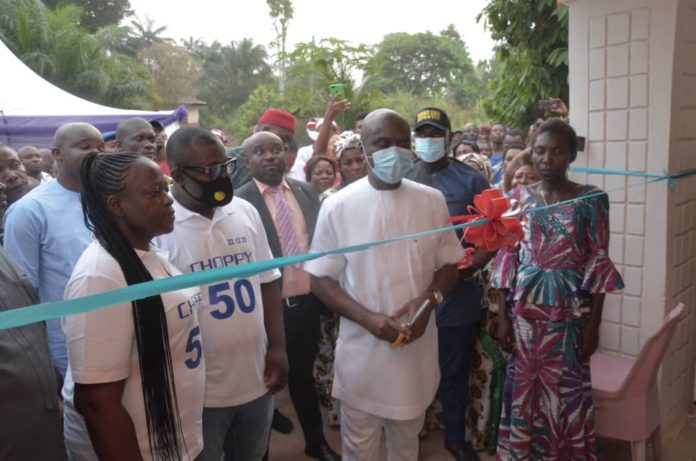 Speaker of Abia State House of Assembly, Rt Hon. Chinedum Enyinnaya Orji, today appointed an indigent widow as a Special Assistant (SA) while commissioning a house built and donated to her by Chief Nnamdi Balogu popularly known as Choppy.

In addition to that, the Speaker donated the sum of N250,000 to the widow to help start a business.

The widow, Mrs Ijeoma Nneji of Umuanya Ogbodiukwu in Umuahia South Local Government Area of Abia State attracted the generousity of the Speaker when she presented her three children. Rt Hon Chinedum Enyinnaya Orji said the appointment was to ensure she gets a monthly allowance to augment whatever she does to help raise her children properly. The gesture drew a thunderous applause from all those present even as the women of the community who were present broke into songs of jubilation in appreciation of the Speaker’s kind gesture to one of their own.

While commissioning the three bedroom fully detached house, the Speaker said of Chief Balogu, donor of the house that “this is the reason God will continue to bless him. The widow’s prayers and that of her children will be very effective in bringing God’s protection, guidance, fulfilment and increase upon him and his entire household”.

The Speaker further extolled Chief Balogu for his well documented philanthropic gestures to his people and appreciated his wife for supporting her husband in such acts. He said the time is coming when the people will also repay him for his kindness to them.

Reacting, Chief Nnamdi Balogu thanked the Speaker for honouring his invitation to commission the house saying to him, “we are merely following your footsteps in reaching out to the needy and bringing succour to the people.

“Mr Speaker, there’s no one that will follow you and not learn the act of generosity from you. Whatever we are doing to support the people is what we have learnt from you”, he said.

Responding, the beneficiary, Mrs Ijeoma Nneji was full of praise to God “for remembering me today. I am speechless that such generosity could be showered upon me. I can only pray for God’s blessings upon you all”, she concluded. 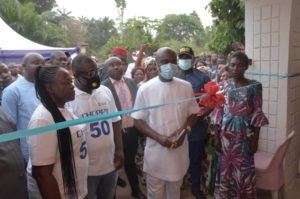 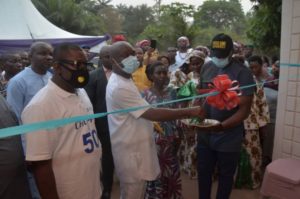 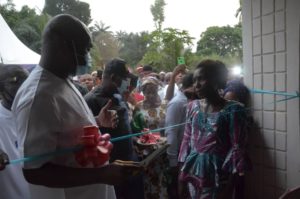 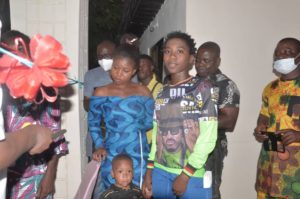 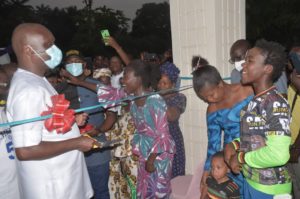 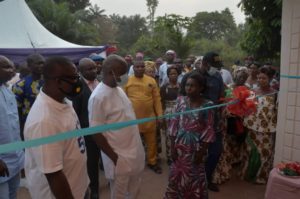