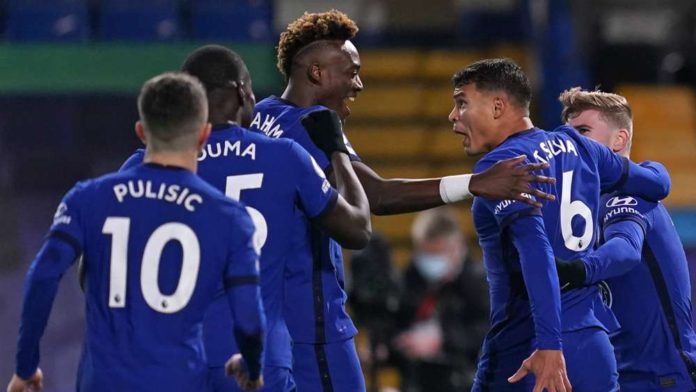 Chelsea were made to work hard for their victory against West Ham, although Tammy Abraham’s second-half brace set up a serene finish.

Tammy Abraham struck twice as patient Chelsea ground out a 3-0 win at home to West Ham to stop the rot in their final Premier League match before Christmas.

Talk of a title challenge from Frank Lampard’s side had been stifled by consecutive defeats to Everton and Wolves, slipping out of the top four while champions Liverpool pulled clear.

But victory on Monday moved the Blues back up to fifth after Abraham settled nerves at Stamford Bridge with a clinching pair in the 78th and 80th minutes.

Chelsea had endured a long night after Thiago Silva nodded them into a 10th-minute lead, with West Ham – after a double against their London rivals last term – on the front foot but unable to forge a legal opening.

8 – Chelsea have scored more goals from corners than any other team in the Premier League this season (8), with three of these goals being headers from Mason Mount assists.

Messi: Argentina were never too dependent on me