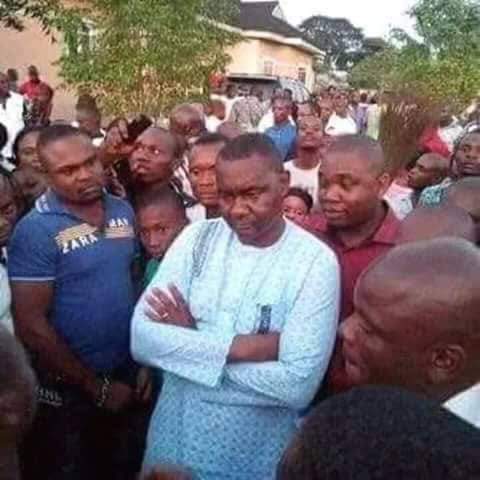 … Adds party faithfuls are tired of their alleged recklessness and level of impunity.

The palpable gloom of apprehension which seemed to have captured the entire circle of the Rivers State Chapter of the ruling All Progressives Congress following the floodgate of litigation which heralded the annulled congresses and primary elections conducted prior to the 2019 elections, defiling all efforts at dialogue and culminating in the exclusion of the party from the polls, appears to be gradually winding down.

This follows the expulsion of the perpetrator-in-chief of the protracted crisis and former Rivers South East Senator, Magnus Ngei Abe and other dissident members and accomplices to the political imbroglio including the unrepentant imposter deceitfully parading himself as Chairman, Caretaker Committee of the Rivers APC, Igo Aguma; former Attorney General and Commissioner for Justice, Worgu Boms and Livingstone Weche, an unapologetic serial character assassin and others whose continued membership threatens the survival of the party.

Their several expulsions were handed down by the leaderships of the party in their various wards, endorsed by their local government executive committees and ratified by the Rivers APC Caretaker Committee.

Addressing newsmen at the State Party Secretariat in Port Harcourt, Saturday, 19 December, 2020, Rivers APC CTC Chairman, Barr. Isaac Ogbobula said the expulsion became necessary following their flagrant disregard to the provisions of the party constitution and especially, their renewed fight against the party in the wake of the inauguration of the state party CTC by the Buni led Caretaker/Extraordinary Convention Planning Committee.

Reacting to the development, Chieftain of the All Progressives Congress and erstwhile National Publicity Secretary of the defunct New Peoples Democratic Party (nPDP), Chief Eze Chukwuemeka Eze said the expulsion though long overdue, is one of the best things that has happened to the APC in recent times, describing it as very fantastic Christmas gifts to the party members.

The party chief said with their forceful exit, members of the Rivers APC can now hive a sigh of relief, noting that Abe, Aguma and others clearly represents the antithesis of the true essence a progressive party and their political moorings contradicts every recognized standards of civilized behavior, international ethics and decorum.

The party chief recalled how Abe, Aguma, Boms and others connived with the People’s Democratic Party and Gov. Wike in 2018, to force the party into the very turbulent waters of legal mechanics and acrobatics which landed the Rivers APC into the unfortunate denial of participation in the 2019 general elections.

He said they achieved their satanic artifice by sweeping the court from its hitherto impartial judicial moorings into the dangerous waters of partisan politics through indiscriminate purchase of injunctions and verdicts which were openly displayed at Judges chambers in Rivers State.

While calling on the Buni led Caretaker/Extraordinary Convention Planning Committee of the APC to immediately ratify the expulsion to redeem the party’s image from the mud on which Abe and his conspirators threw it, Eze expressed confidence that the judiciary in Rivers State has been severed from the estate of Gov. Wike, whose indulgence in the fanfare of squander mania is inherent and therefore counseled the expelled members not to entertain the idea of hurrying to court because according to him, there is a sharp departure from the usual attitude of the court where injunctions are judgements are displayed like wares and sold to the highest bidder.

The party stalwart admonished Aguma to be bothered about the payment of the #50,000 fine slammed on him by Justice Omereji, for meddling in the concerns of the Rivers APC while under suspension, rather than interloping around the business of the party like snooping rabbit. To the Court, Aguma remains a judgement debtor, and to the Rivers APC, Abe, Aguma and Bombs have been thrown to the trash can of history.

Chief Eze further admonished the public to disregard Aguma and his poorly scripted media publications, noting that any action taken by the imposter is merely the last kick of a dying horse or better still, a mere vapour that appears for a little time and vanishes after a while. He maintained that there is no controversy over the position of Barr. Isaac Ogbobula as the Caretaker Committee Chairman of the All Progressives Congres, adding that his reappointment and subsequent inauguration by the Buni led CTC has laid to rest all speculations and uncertainties surrounding his position.

He commended party faithful across the state for their patience and commitment to the ideals of the party while the protracted internal turmoil lasted and called on the Caretaker Committee at all levels to be proactive and vigilant in their activities, stressing that the times are too serious for docility in the busniness of administration in partisan politics.

Describing the expulsion of Abe, Aguma, Boms and others as a big win for every true democrat and progressive, Eze commended the Transportation Minister, Rt. Hon. Chibuike Amaechi and other leaders of the party at all levels for continually offering leadership in all strata amidst the overwhelming challenges that encapsulated the party in Rivers State since 2018.

Alleged Attack On Buhari In Kebbi: Contortionists At Work Again