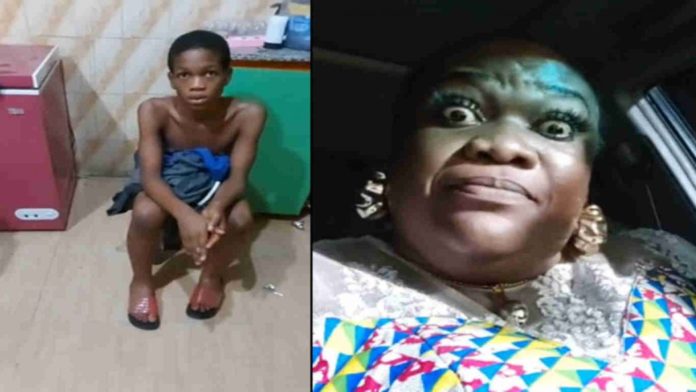 In a video posted on Facebook, Deborah accused Akwa Ibom State Government officials and some parents of indicted students of intimidation.

“I promised to keep Nigerians updated on Don Davis’ case. Anytime you don’t hear from me, understand that they have taken my phone from me. Just this afternoon, my phones were retrieved from me.

“This morning, we got a call from the Permanent Secretary (Ministry of Education) to come with Don Davis to the Commissioner for Education’s office. We told them he is not very okay.

“Obeying the fact that the Governor’s investigation is going on, we brought him out. On getting to the office, Deeper Life School Board members were seated, parents with their friends were seated, me, my husband, Davis and other kids were seated.

“The commissioner (Nse Udo Essien) turned to me and said: Why did I go on live broadcast to say she went to see Don Davis around 11. (That) Do I know what that has done to her office? Do I know that America is watching? That I’m putting the government at risk.

“I said how? Everybody saw that the governor said the case should be investigated. She said I should take the video off the internet now. Later, a parent also asked me to take down the video. I disagreed. They collected my phone.

“She (Essien) questioned Don Davis. “What did they do to your anus…What drug did you use?”. I stood and said “No to this investigation.” A parent flared up, brought out his belt…that he will beat me up. They said I keep doing video. They insulted me, pushed me and my children out.”

Meanwhile, Solomon Ndidi, Principal of the school, has been suspended.

This followed Deborah’s initial outcry that her son was starved and molested.

She said Ndidi moved Davis, a junior student, to the senior pupils’ hostel as a penalty for urinating on his bed.

It was while there the senior students allegedly put their hands and legs into his anus. They threatened to kill him if he reported to the principal or parents.

“The State Government is committed to the protection of children wherever they may be within its jurisdiction”, he said.

Group Urges The Nigeria Police To Arrest The Entire Executive Of...