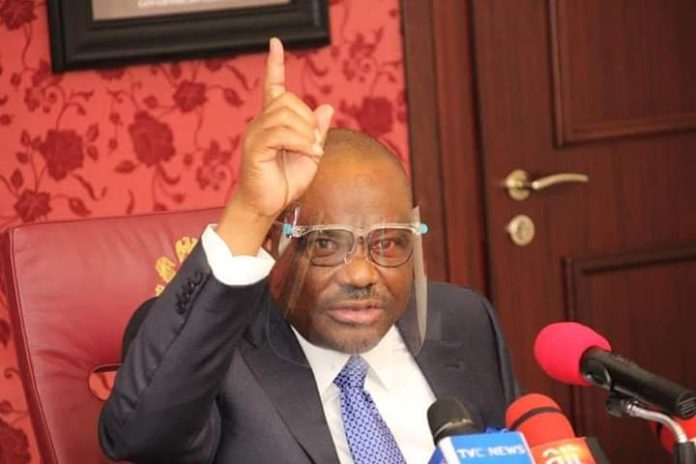 The Governor of Rivers State, Nyesom Wike, has warned against intimidation of Judges saying the judiciary must assert itself for the country to make progress.

The governor said it was worrisome that in some situations, the Judges felt too intimidated to discharge their constitutional duties.

Wike according to a statement signed at the weekend by his Special Assistant, Media, Kelvin Ebiri, spoke shortly after swearing-in two new High Court judges and a permanent secretary at the Government House, Port Harcourt.

The governor said because of fear, some Judges instigate petition against themselves in an attempt to avoid handling some perceived sensitive matters.

Wike urged Judges to be firm and bear in mind their oaths of office.

He further advised Judges to resist the attempt to foist the culture of using the cost of transport by lawyers and parties in court as a basis for the transfer of a matter from one state to another.

He said: “This country cannot move forward if the judiciary does not come out to say we must be firm to do our work.”

But Wike noted that the judiciary could have all the money in the world and still not be independent.

“What should be of importance to judicial officers is whether they are given the necessary liberty to discharge their constitutional duties in accordance to the law,” he said.

He advised the two newly sworn-in Judges to use their energy to advance the course of justice and refuse to be intimidated.

“Whatever you believe that is right do it. It doesn’t matter who is involved. Don’t be intimidated by the federal government,” he said.

Wike directed the State Attorney-General and Commissioner for Justice, Prof. Zaccheus Adangor (SAN) to expeditiously issue the two judges the Certificate of Occupancy of their official residence.

He said: “It will be proper for us to know how many more Judges they will appoint by next year so we will be able to build houses for them now and keep it ready.”