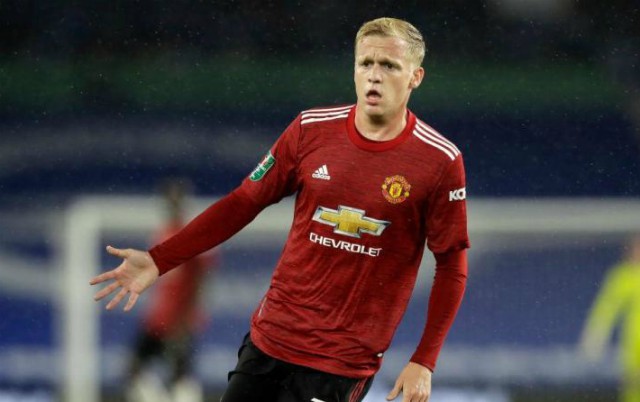 Donny van de Beek, Manchester United midfielder, has been told to pack his things and leave the club if manager, Ole Gunnar Solskjaer fails to field him in the match against Manchester City.

A top football analyst, Valentijn Driessen, and De Telegraaf columnist in the Netherlands, said if “Solskjaer continues to ignore him” then Van de Beek’s role at the postponed Euro 2020 will be in danger.

The midfielder did not play any part in United squad during the Christmas and New Year fixtures and this has resulted in concerns in the Netherlands.

Former Manchester United boss, Louis van Gaal had said that Van de Beek made a mistake in joining the club from Ajax.

Manchester United signed the Dutchman after his impressive performance at the central midfield of Ajax last season.

However, it has been tough going for Van de Beek at Old Trafford as he is rarely considered by Solskjaer in his first team selection.

Van de Beek’s last minutes came on December 23rd, with him starting against Everton in the EFL Cup.

His last Premier League minutes were as a substitute as Manchester United beat Leeds United 6-2 on December 20th.

The De Telegraaf columnist wrote for the newspaper’s Monday edition, and highlighted how former Ajax stars have been struggling around Europe since leaving the Dutch club.

Driessen gave Van de Beek a special attention, stating that the Netherlands international should “pack his bags straightaway” if he doesn’t feature against Manchester City in the EFL Cup this week.