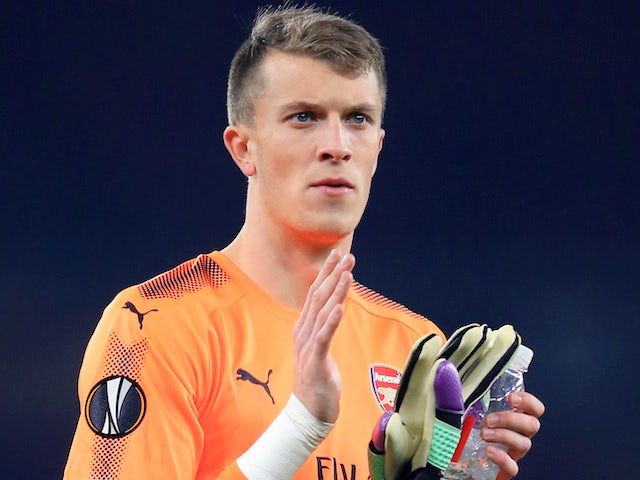 On Friday Arsenal confirmed that their goalkeeper, Matt Macey, has left Emirates to join Scottish Premiership side, Hibernian.

The Gunners made the announcement in a statement via its website on Friday ahead of their FA Cup third-round clash with Newcastle United on Saturday.

“The 26-year-old joined us in October 2013 from Bristol Rovers, where he had been involved in their first-team squad at the age of 17.

“During his career with us, Matt made two first team appearances, both in the 2017/18 season. The first was in a 2-1 win over Norwich City in the EFL Cup, before the second came in a 0-0 home draw against Red Star Belgrade in the Europa League.

“He enjoyed a number of loan spells, most recently a successful period with Plymouth Argyle for the 2018/19 season, during which time he was a regular for the Pilgrims in League One.

“From everyone at Arsenal, we would like to thank Matt for his contribution to the club and wish him all the best for the next chapter in his career with Hibernian.“