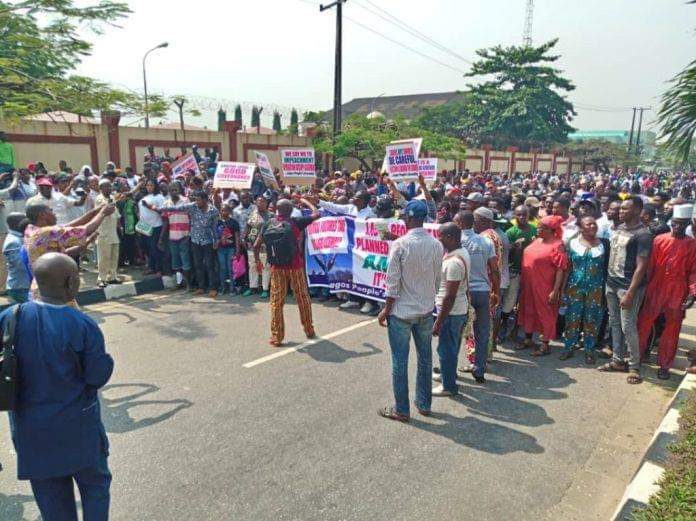 The convener of Concerned Nigerian stated this in a series of tweets, on Saturday.

Adeyanju wrote: “The suffering and smiling police officers acting on the instructions of the Buhari regime have just collected @mrmacaroni’s phones and his IG live stopped.

“This is not a democracy but a military regime. #OccupyLekkiTollGate

“#OccupyLekkiTollGate: 10 protesters, Juwon, Kehinde, Kiara, and others arrested at the Lekki TollGate a few minutes ago. They’re currently being taken to an unknown destination in a Black Maria.”

It was reported earlier that police operatives deployed to Lekki toll gate had arrested some protesters including Mr Marcaroni.

End SARS protesters had called for demonstration over the reopening of the Lekki toll gate.

The aggrieved youths had vowed to shutdown the the facility via a fresh protest planned to commence today.

The toll gate was closed after the October 2020 incident that led to the killings of some End SARS protesters.

Court sentences Orji Kalu to 12 years in prison for fraud