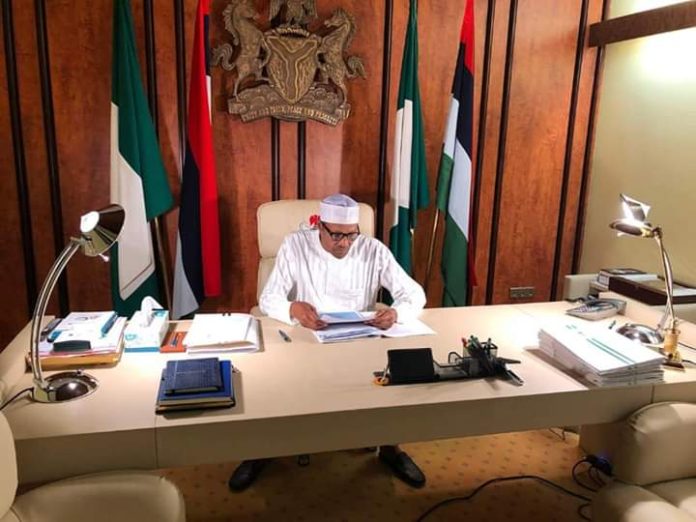 In quelling the growing crisis involving herdsmen in parts of the country, Nigerians from all walks of life have asked President Muhammadu Buhari and his administration to act fast.

In recent time the herdsmen have continued to be more daring in their attacks on Nigerians from different parts of the country, especially the South-West, where there is growing apprehension over the continued attacks on innocent people, majorly in rural communities.

The call became more daring on Monday, after presidential spokesman, Garba Shehu defended Buhari during an appearance on Channel Television’s Sunrise Daily programme. Shehu, who called on the Nigeria Police to publish the names of Fulani herdsmen who are undergoing trial in different states, said though the President is Fulani, he is not complicit in the ongoing crisis.

Describing comments against Buhari in respect of criminal activities involving Fulani herdsmen as ‘unacceptable’, Shehu said: “The president is more than concerned of the ongoing situation, he is fully conscious of the fact that it is the responsibility of his government to work with Nigerians to secure lives and stop the ongoing crisis whether they are kidnappings or the new line of ethnic violence. He condemns it and he does not support it.

“Having spoken against it, it follows that all security agencies must take their line of action from the president’s remark and do that which is necessary which is to stop the escalation of the violent attacks being witnessed in some parts of the country and ensure that it does not go beyond where it has been recorded.”

Reacting to Shehu’s defence of the President, Nigerians asked the President to act in concrete terms so as to convince Nigerians that he is truly not complicit in the ongoing crisis. According to them, his failure to take concrete actions against the rampaging herdsmen or speaking out in clear terms against their activities leaves them with no option than to believe that the President has a hand in what is happening in the country.

Leading the charge on Monday, Kingsley Moghalu, a former Presidential candidate of the Young Democratic Party (YDP), in a statement, said there would be grave consequences if President Buhari’s government fails to stop the impunity of killer herdsmen and bandits in Nigeria.

According to him, the problem associated with herdsmen could escalate into an ethnic crisis if not properly addressed.

“The failure of President Muhammadu Buhari’s administration to end the menace of criminal herdsmen and bandits throughout Nigeria (in both northern and southern states) has led to the stigmatisation of the Fulani and other ethnic groups for the crimes of a few.

“I call upon President Muhammadu Buhari to act decisively to end the scourge of killer herdsmen and bandits.

“This is time for leadership by President Buhari. No one is, or should be above the laws of Nigeria. We simply cannot have a country in which the authorities act decisively to squash peaceful protests by citizens but appear impotent against terrorists and terrorism”, Moghalu said.

Also speaking on Channel Television’s Sunrise Daily, the Senate Minority Leader, Enyinnaya Abaribe called on President Buhari to publicly declare that he does not support violent herdsmen, adding that government’s failure to punish criminal herdsmen has made them bold.

Insisting that a particular set of people are being accused of crimes all over the country should be a thing of concern to the President, Abaribe said, “The President needs to come out and say categorically that he does not support the activities of violent herdsmen.

“He needs to say I do not support their actions. Buhari needs to come out for every Nigerian to see his intention to own this problem.

“Why wouldn’t you as chief executive of a country come out and say I’m giving marching orders to security agencies that these cannot continue to happen.

“As a president, you should be very worried when you see things happening in the country targeted at a particular set of people. You should ask what is it that makes these people continue to commit these crimes.”

But the Senior pastor of Awaiting The Second Coming Of Christ Ministry, Adewale Giwa believes that the days of President Muhammadu Buhari and his political party, the All Progressives Congress, APC, are numbered, and that nothing can stop God from rising against them. Giwa, while reacting to the security situation across the country said, ‘“Many of you saw what they did to protesters in Lagos on Saturday. Their days are numbered, and nothing can stop God from rising against the oppressors.

“Nobody would believe that Nigeria is blessed with the number of police personnel deployed to Lekki while criminal herdsmen continue to kill innocent Nigerians without bringing them to justice.”

Similarly, a cross-section of Nigerians who spoke to DAILY POST are equally of the opinion that it is time the President comes clean on the herdsmen crisis and take action. To many of the respondents, just coming out to say I am not involved is enough to whittle down the confidence of the murderous herdsmen, while others believe he should also match his words with action by ordering security agencies to go after them with all the seriousness the crisis deserves.

A respondent, who simply gave his name as Ayoola is of the opinion that the herdsmen and their parent association, Miyetti Allah’s confidence in insisting that no one can stop them in grazing anywhere they want is because of their belief that the current government is theirs, and they can do whatever they want.

“Why was the problem with herders not this pronounced before the advent of President Buhari? Why were they not this bold to talk recklessly, kill and destroy people’s property at will? The answer is obvious, they believe this is their government and they have become untouchables. The current problem will persist if this misplaced confidence is not deflated. President Buhari must act fast if not, whatever good his administration must have done while in charge, will pale into gross significance”, Ayoola said.

Another respondent, Segun Adekoya, faulted presidential spokesman, Garba Shehu for saying the comments against his boss were uncharitable. According to him, Nigerians have been too lenient with President Buhari for too long, noting that in other climes, the herdsmen crisis would have led to massive public protests and disturbance that are capable of destabilising the government.

“Was Shehu expecting Nigerians to be clapping for Buhari in the face of all what is happening? You can’t reasonably expect that from anyone with conscience or who knows the minimum that is expected from the government.

“The President is lucky to have the kind of docile citizens he has, if not, the country would have been too hot now. And I am afraid that it may soon get to that point if the President refuses or fails to act immediately. He needs to speak to Nigerians and also act decisively against the murderous elements. It is in the interest of the President to act now in order to stop the ongoing killings and attacks by herdsmen because he is presently defined by them,” Adekoya said.

But the Senator representing Osun East Senatorial district, Francis Adenigba Fadahunsi, has exonerated indigenous Fulani herdsmen. Fadahunsi believes foreign herdsmen should be blamed for the attacks and killings. “What is ravaging the South West now; they are not the Hausa/Fulani people from Nigeria; not the Fulani who have been living with us for the past 100 years. They have not been killing people,” he said.