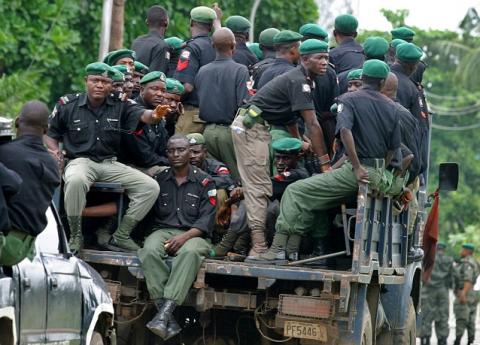 The Inspector-General of Police, Mohammed Adamu has deployed 275 Special Forces to Zamfara State as part of efforts to tackle banditry, kidnapping, and other related crimes in the state.

The troops under Operation Puff Adder 2 were drawn from the Counter-Terrorism Unit, Mobile Force, and Special Forces of the Nigerian police.

The Commissioner of Police Abutu Yaro while addressing the troops at the launch of Operation Puff Adder 2 in the state enjoined them to be law-abiding.

He also urged them to be firm and ruthless on criminal elements that may threaten the safety and security of the people of the state.

He assured the people of the state that operation Puff Adder 2 in Zamfara State would be community-driven and would be executed in sustained collaboration with other sister security agencies in the state.

Zamfara State governor, Bello Matawalle who was represented by the Commissioner of Security and Home Affairs, Abubakar Dauran assured that the state government would supply all the necessary logistics to ensure perfect operations in the state.

He said the state government was worried over the incessant terror attacks and banditry in the state and also appealing to the general public to help the security agencies with vital and timely information, pointing out that security is a collective responsibility.

Zamfara State is one of the states in the northwest zone facing difficult times as a result of banditry and kidnapping in the area.

The Inspector-General of Police, Mohammed Adamu had earlier on Monday flagged-off Operation Puff Adder 2 at the Force Headquarters in Abuja, the nation’s capital.

The special security is aimed at reinforcing the ongoing fight against banditry, kidnapping, armed robbery, and other violent crimes in the country.

The IGP explained that the new special operation, which will be intelligence-led and community-driven, will be executed in sustained collaboration with the armed forces, intelligence community, and other sister security agencies.