Home PUO NEWS Insecurity: I Don’t Visit Abuja For Solution, I Do My Job In... 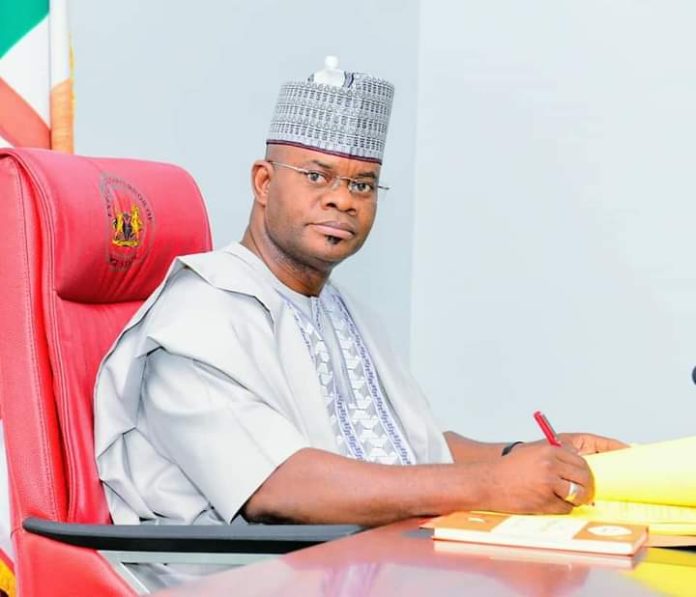 Kogi State governor, Yahaya Bello says he handles insecurity in his state without necessarily seeking a solution by visiting the President in Abuja.

The governor who made the statement on Thursday during an interview on Channels Television breakfast programme, Sunrise Daily stressed that he doesn’t pay lip service.

“So, when they provide such information, we act on it, we don’t pay lip service, we don’t pass buck, we don’t visit Abuja for solutions at all times. I don’t think there is any day I have ever visited Abuja for any solution. What I do is to sit down here and do my job,” the governor said.

Speaking further on security in the state, he added that stakeholders in the state collaborate with security agencies to analyse intelligence to forestall the breakdown of law and order.

The governor also said there is a need for governors to collaborate and implement policies that will put an end to the farmers-herders crisis affecting parts of the country.

He said the national livestock transformation plan by the Federal Government should not be allowed to go down the drain.

“When the issue of livestock transformation was muted, it was first given the name Ruga. Ruga means a settlement of herders or livestock farmers.

“When it broke out in this country, it was politicised. That ‘Mr President wants to take our lands.’ I think, when we stop politicising every government policy and programmes, we will get it right,” the governor said.