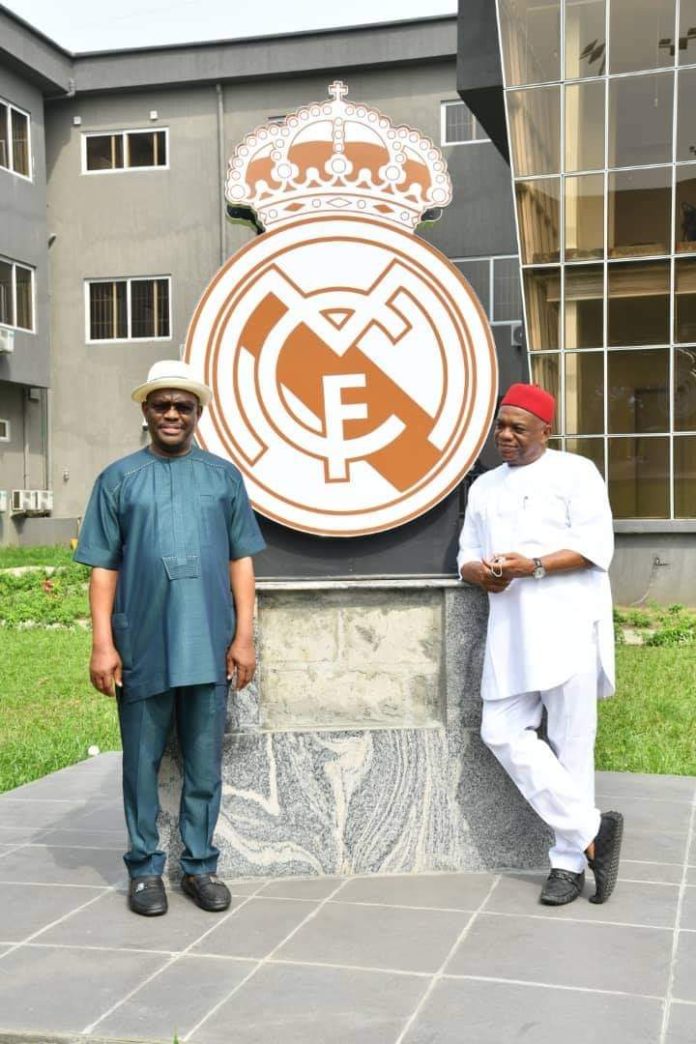 Rivers State Governor, Nyesom Ezenwo Wike says competence and genuine efforts at fighting criminality and insecurity in the country are often undermined by political inference in the posting of Commissioners of Police.

Governor Wike said it is very disappointing that the Inspector General of Police (IG) will compromise competence in posting a Commissioner of Police(CP) to Rivers State because a favour seeking politician had approached him for such patronage.

The governor made the accusation when he led the Chief Whip of the Nigeria Senate, Senator Orji Uzor Kalu, former Minister of Works,Mike Onolememen and other dignitaries on project inspection tour in Port Harcourt and ObioAkpor Local Government Areas of Rivers State on Thursday.

Governor Wike said such handling of touchy issues like insecurity makes it difficult for him to partner with the Federal Government often, especially because they are not committed to solving the insecurity plaguing the country.

Otherwise, he stated, why should
the Inspector General of Police grant such demand of posting a CP to compromise competence.

“There is so much insecurity in Nigeria. There are killings every where and they (APC) told Nigerians that they will solve the problem. But the problem is not being solved.

“They appoint Commissioner of Police (CP) based on patronage. A politician from my state will go to see the Inspector General of Police and ask him to give him a CP.

“And the IG will not post CP based on competence to fight crime but based on the fact that the man in the party says he wants so and so person.

“When the person comes, will he fight insecurity? No. That’s the problem we have in this country today. How can I partner with such a government. A government that will not do things based on competence.”

Speaking on his motivation for his commitment to quality project delivery, Governor Wike said, he is grateful to Rivers People for giving him the opportunity to superintendent over the affairs of the state.

According to him, he is giving back to the state quality service that will situate it rightly in the comity of states, and be reckoned as a destination for investments.

“Rivers people gave me an opportunity and I will not misuse or abuse that opportunity.”

Chief Whip of Senate, Senator Orji Uzor, who was fascinated at the Okoro-Nu-Odo Flyover, Rumuogba Flyover, Mother and Child Hospital and the Real Madrid Football Academy described them as long term investment for the good of Rivers people.

Senator Kalu lauded Governor Wike for mobilising contractors with about 70 percent upfront payment and it is paying off as projects are completed on schedule.

“In the Senate, I proposed that contractors be paid 65 percent, but the Finance Bill went in for 15 percent of mobilization fee. Here, Governor Wike has just told us that he is paying 70 percent.

“So he is thinking in the right direction. Government should start giving contractors money up front with guarantee so that projects don’t get abandoned, because you go all over the states of Nigeria and you will see a lot of abandoned projects.

He described the Okoro-Nu-Odo flyover as a long time investment that speaks for itself and Governor Wike is not only talking , but is also working on the ground.

” Look at the people, they are very happy to see their governor. Any leader that cannot be seen by his people is not a good leader.

“What we are seeing here(Rumuogba flyover), is the longest flyover in Nigeria apart from Third Mainland Bridge and Oluko in Benue State which are bridges. I have just walked on this that is up-to one point four kilometers.”

On his part, former minister of Works, Mr. Mike Onolememen described the flyover projects as rare kinds and difficult to find anywhere in the country

He said all the projects including the Mother and Child Hospital are quality infrastructure that are adding to the urban landscape of the State.