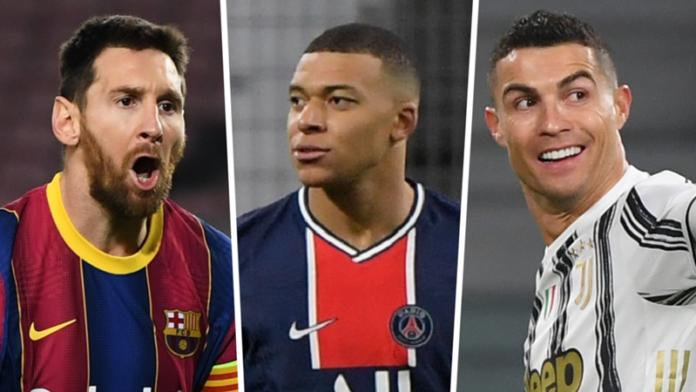 The Paris Saint-Germain star says his arrogant streak has helped him become the player he is today.

Kylian Mbappe has admitted that he tells himself he is better than Lionel Messi and Cristiano Ronaldo before matches while discussing the importance of having an inflated ego.

Mbappe has been touted as the man to take over as the best player in world football when Messi and Ronaldo finally hang up their boots, having enjoyed a meteoric rise to prominence at Paris Saint-Germain over the past four years.

The 22-year-old says he already ranks himself above the Barcelona star and Juventus striker as a self-motivation ploy, with it his belief that it is crucial to have an arrogant streak if you have designs on reaching the very highest level of the game.