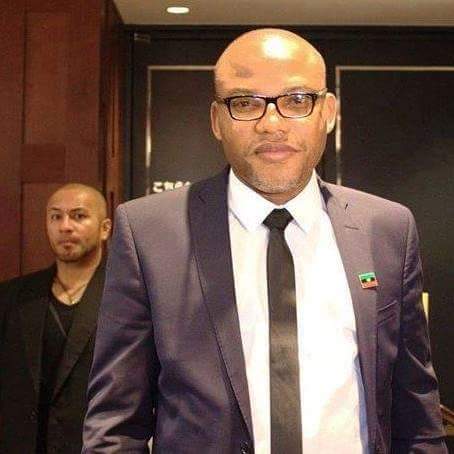 The leader of Indigenous People of Biafra, IPOB, Mazi Nnamdi Kanu has clarified that the Eastern Security Network was not established to fight against a particular tribe or religion but against every terrorist.

Recall that the IPOB’s security outfit had several times been accused of launching attacks on Northerners residing in the Southeast.

Also, the former Inspector General of Police, IGP, Muhammed Adamu had accused IPOB of recently attacking the Imo State Police Headquarters and the correctional centre in Owerri which led to the release of over 1,800 inmates.

But the IPOB leader, in a tweet on his official Twitter page on Tuesday, said the ESN only attacks terrorists who kill regardless of tribe or religion.

According to him, those against the goal of the ESN should be regarded as terrorists or slaves.

“Eastern Security Network is not after PEOPLE or any tribe/religion.

“ESN is after TERRORISTS because terrorists kill people, regardless of tribe/religion.

“If you’ve a problem with that, you’re either a terrorist or a slave”, Kanu tweeted.

The 2019 budget presentation was a theater of the absurd –...