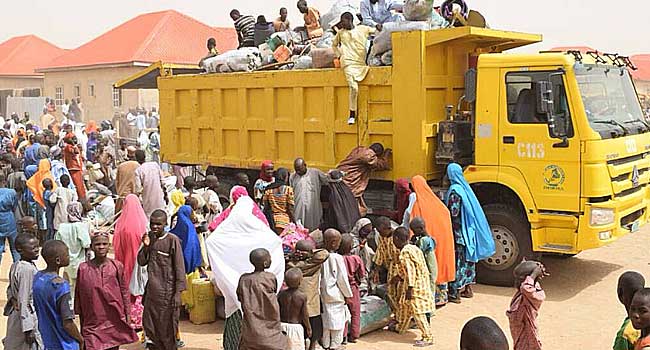 The Interfaith Mediation Centre, Kaduna, has observed with dismay that the spate of insecurity as a result of widespread kidnapping, banditry and destruction of lives and property is sliding the country into an IDP camp.

The forum lamented that with the destruction of lives and property on a daily basis; the country is experiencing more displaced persons than expected, calling on the government to act fast to end the menace.

A Communiqué at the end of the Monthly Forum with Media on Peace Journalism at the IMC in Kaduna, signed by the Co- executive Directors, Pastor Dr. James Movel Wuye and Imam Dr. Muhammad Nurayn Ashafa, appealed to Nigerians that the Pantami saga should not take religious connotations.

The participants observed, “The issue concerning the Minister of Communication and Digital Economy, Dr. Isa Pantami should not be used as a religious tool to escalate tension in the country, but to follow due process for a logical conclusion on the matter.”

The participants in their overview within the month of April, expressed dismay over the worsening kidnapping in the country as kidnappers have resorted to killings of their victims over the delay in payment of ransom by either the government or parents.

They called for more action from the government, especially through massive recruitment, recognized civilian joint task force like the hunters who would assist the security in the fight against insecurity in the country.

The forum urged some state governors and other public figures to stop utterances that could easily provoke the kidnappers to maltreat or even kill their victims.

The forum also lamented the proliferation of small and light arms in the hands of civilians and decried farmers/pastoralists clashes in parts of the country.

According to the Forum, unemployment in the country has led to many youths being recruited into groups that take active part in perpetrating heinous crimes in the country.

The Forum observed that if proactive measures are not carried out, orphans and widows would continue to increase, thereby, portraying a bad image for the country and its development.

The meeting further appealed to government to help address students and give them psycho-social counselling to help address the challenges of the experience faced during their various predicaments in the hands of bandits.

The participants totally condemned the increase of tuition fees in higher institutions and the sacking of workers, stressing that the situation is detrimental to the future development of the country.

Abia at 30: Celebrating Two Years of Legislative Excellence under the...