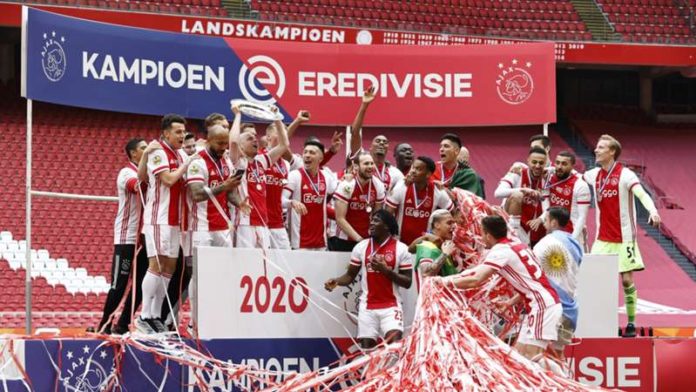 The Amsterdam club became kings of the Netherlands once again on Sunday after last league season was cancelled due to the pandemic.

Ajax have claimed their 35th Eredivisie title after the Dutch giants won the league on Sunday with three games to spare.

Sunday’s 4-0 victory over Emmen was enough to lift Ajax back to the top of Dutch football after seeing last season abandoned due to the coronavirus, while also securing a domestic double after beating Vitesse Arnhem 2-1 in the cup final two weeks ago.

In total, Ajax have won the title in five of the last 10 seasons.