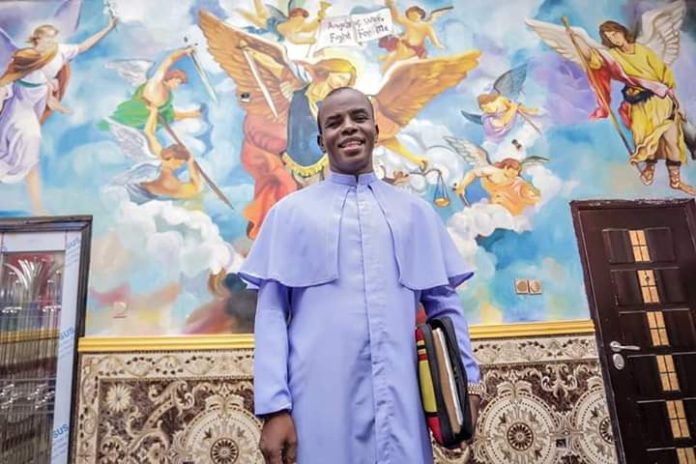 Recall that supporters of the Priest had protested his whereabouts in Enugu State on Wednesday.

His whereabouts had caused confusion in the State after the Ohanaeze Ndigbo Youth Council Worldwide, OYC, raised the alarm that the priest was missing.

However, Mbaka returned in a vehicle a few minutes ago.

His supporters were seen jubilating while welcoming the priest.

The Cleric also came out of the vehicle to rejoice with his supporters.

The police spokesman when contacted said Mbaka had just addressed his followers.

“He has just addressed his followers.

“The report I have currently is sketchy, I will get back to you when I get the details”, ASP Daniel Ndukwe told newsmen correspondent on phone.

Abia Politicians Have No Regard For Media Practitioners