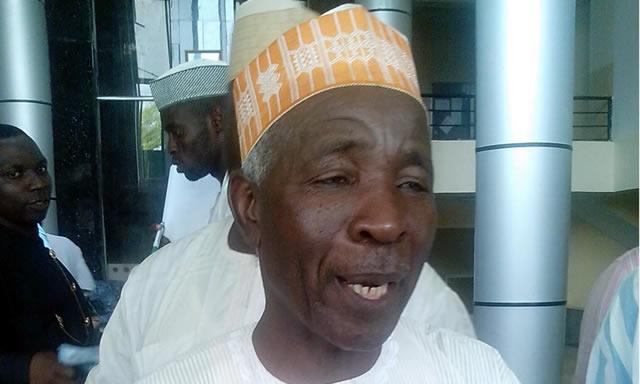 An estranged associate of President Muhammadu Buhari, Buba Galadima has suggested a solution to the insecurity challenges confronting Nigeria.

Galadima said the signing of the electoral act will go a long way in resolving the insecurity challenge in the country.

The former leader of the defunct Congress for Progressive Change, CPC, said the electoral act will help get the right people into power, a situation that would reduce the rate of insecurity.

Speaking with newsmen, Galadima lamented that the high rate of insecurity in the country was due to having the wrong people in power.

He berated Buhari for refusing to sign the electoral act since he assumed power in 2015.

Galadima said: “If elections are not properly done then it’s the fault of you and me. Before the elections, the president said he can’t sign the electoral act because it was too close to elections and when whoever becomes president should sign but since he assumed power has he made any effort to even look at the electoral act? Nobody is talking, even the press, so it’s a dereliction of responsibility by all of us. I’m the only one speaking on this matter in the whole country and it concerns all of us.

“Once there is no proper election and people who have not been voted for by the citizens are occupying positions that are meant for others then there would be instability. Once there is no access to employment by Nigerian youths irrespective of background then there will be a problem of insecurity.

“Politics is dynamic and the electoral law we are using now was done in 2010; you mean nothing has changed in the past 11 years? It is only helping those in power and we need to rejig it in a way that the vote of the people will count and not who you know.

“This is more important against insecurity because once we get the leaders that we elect they will work for us and if they don’t when another season of election comes, we throw them out. But in this case, where we don’t matter, our votes don’t matter, there will always be impunity. Why should about two million people hold the whole country to ransom?”