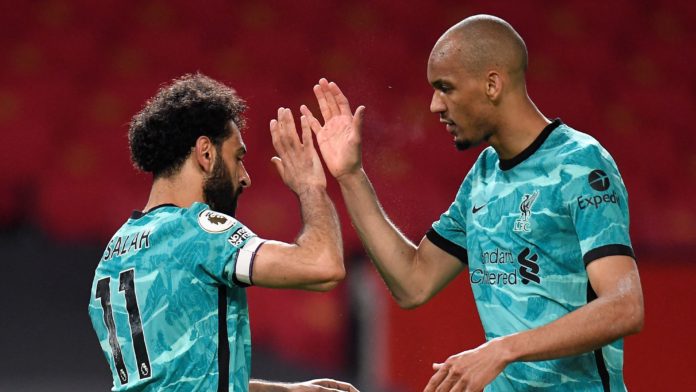 Liverpool’s 4-2 success boosts their chances of finishing in the top four, with Klopp’s men now four points behind fourth-placed Liverpool. .

They have also played a game less than the Blues, and we could be in for a tense finish to the campaign.

United have now lost back-to-back league games, and they will need to return to winning ways before Leicester reduce the four-point gap between them.

After a thrilling 90 minutes of football, Liverpool claim the three points at Old Trafford. Remarkably they fell behind inside the early stages as Fernandes’ strike took a deflection off Phillips before going in.

Liverpool won a penalty after Phillips was brought down, but a VAR check soon ruled it out, but the Reds still found time to score two goals before the break. Jota’s backheel from Phillips’ shot levelled matters before Firmino headed home

Alexander-Arnold’s cross. Firmino grabbed his second just two minutes into the second half as he pounced on an error from Henderson, before Rashford made it 3-2 with 22 minutes remaining. United went all out for an equaliser, and it proved to be their undoing as Salah scored a breakaway goal to make it 4-2 after a quick counter-attack.