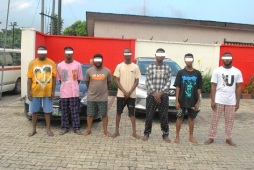 Operatives of the Port Harcourt Zonal Office of the Economic and Financial Crimes Commission, EFCC, have arrested seven suspected internet fraudsters in their hideout.