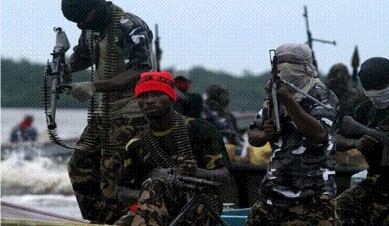 On Tuesday a militant group, the Supreme Egbesu Freedom Fighters (SEFF), issued a seven-day ultimatum to the Federal Government to inaugurate the substantive board of the Niger Delta Development Commission (NDDC).

The militant group threatened to shutdown and cripple all major flow stations, oil wells and pipelines owned by the Nigerian National Petroleum Corporation (NNPC) if the Federal Government fails to inaugurate the substantive board of the NDDC.

The militant group handed down the ultimatum in an electronic mail at the end of an emergency meeting conveyed by the SEFF’s Commanding Officer, General Agadagba Obus popularly called Thunder.

According to the militant group, ”The Trans-Nembe Bonny Creek Crude Pipeline would not be excluded from the coordinated operation.”

The group urged President Muhammadu Buhari to caution the Minister of Niger Delta Affairs, Godswill Akpabio, and his cronies to order and immediately constitute the board to avert the looming blow on crude oil production.