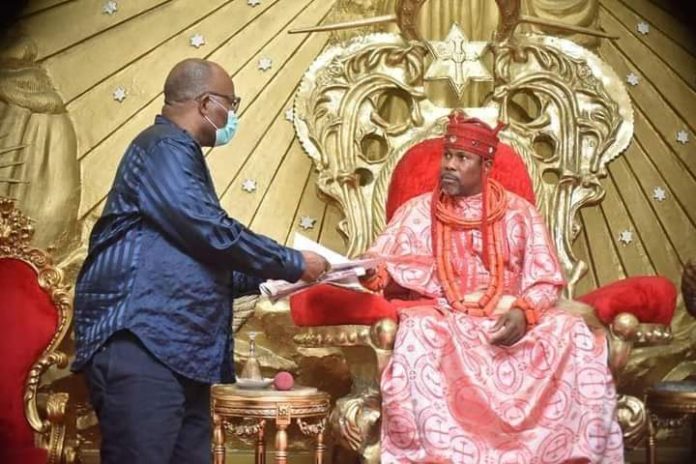 ••• Meets Critical Stake- holders Of The Region and promises the inauguration of NDDC Board.

Akpabio, who said his visit to the Area was to rub minds with the people on how to meet their demands, noted that the current peace being enjoyed in the Region should be maintained for the development of the Region.

In an interactive session with the Minister, which had in attendance the newly installed President of Ijaw Leaders, Prof Benjamin Okaba and leaders of other ethnic nationalities and traditional rulers, the people of the Region called on President Muhammadu Buhari and the Minister to put in place a substantive board for the Niger Delta Development Commission (NDDC), to run side by side with the Forensic Audit.

On the installation of a substantive board for the NDDC, Akpabio assured the stakeholders that a new board would be duly inaugurated after the forensic audit in July.

The Stakeholders who had earlier given a 7 day ultimatum to the Federal Government to constitute the NDDC board, or face total show down with oil companies operating in the Region, however, thanked Akpabio for the peaceful visit and agreed to review their stance having listened to the submission of the Minister, while thanking the president for the recent commissioning of the long abandoned headquarters of the Commission.

They also requested for more development from President Buhari to the Region, through their son, Senator Akpabio.