Home FEATURED Bye-election: All election without use of card readers in Jigawa will be... 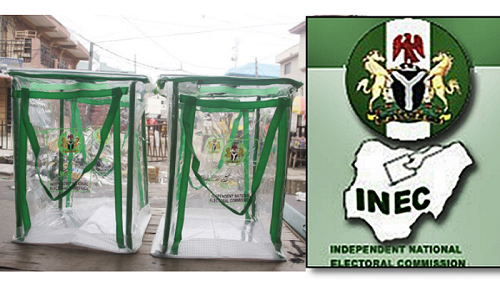 The Independent National Electoral Commission INEC says it will not entertain any election conducted without the use of card readers in Jigawa.

INEC National Commissioner, Festus Okoye disclosed this while briefing newsmen on the preparation for the conduct of the Gwaram Federal constituency bye-election in Jigawa State.

Okoye said this while responding to a question on the act of some electorates who are forcing the INEC officials not to use the card reader for the election.

“Some communities intentionally agreed to reject the use of card readers for the conduct of the election, such result will not be counted and will not be considered and no fresh election will be conducted in the area” he stated.

“We have enough card readers and technicians that will fix any problem therefore any INEC official caught compromising will be prosecuted,” he said.

While reacting to the coming Gwaram Federal constituency bye-election scheduled for tomorrow 19th June 2021 the commission said it had concluded all the necessary arrangements for the conduct of the bye-election.

He said all the sensitive and non-sensitive materials required for the conduct of the election have been dispatched to the local Government.

He explained that the election will take place in eleven electoral wards and 248 polling units.

The INEC National Commissioner said 133,193 registered voters are expected to cast their vote for one of the candidates from the eleven participating political parties.