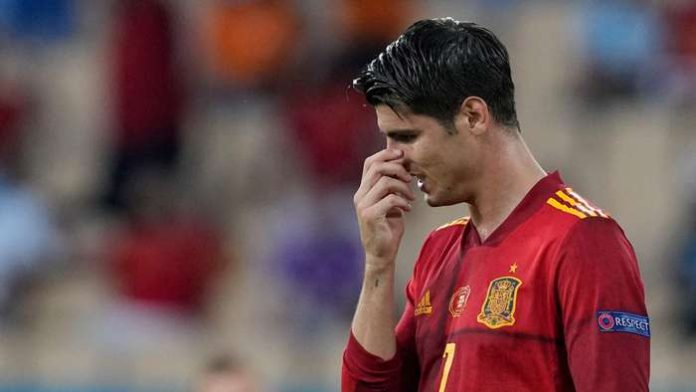 After a huge miss against Sweden on Monday, the Spanish forward has hit back at his detractors

Alvaro Morata says that he is unfazed by criticism of his performances for Spain, and that he “can’t be liked by everone” ahead of his country’s Group E clash with Poland at Euro 2020 on Saturday.

Luis Enrique’s side completed more passes than any other nation in their opening game against Sweden in Seville on Monday, but were unable to find a goal to break the deadlock in a stubborn 0-0 draw.

Much of the blame has subsequently been laid at the feet of Atletico Madrid man Morata, who this week extended his loan spell with Juventus into 2022 – but speaking ahead of this weekend’s crucial encounter, the forward has hit back at the focus zeroed in on his efforts.

Dilemma as Chelsea Pedro receives £2.7million-a-year offer from AS Roma