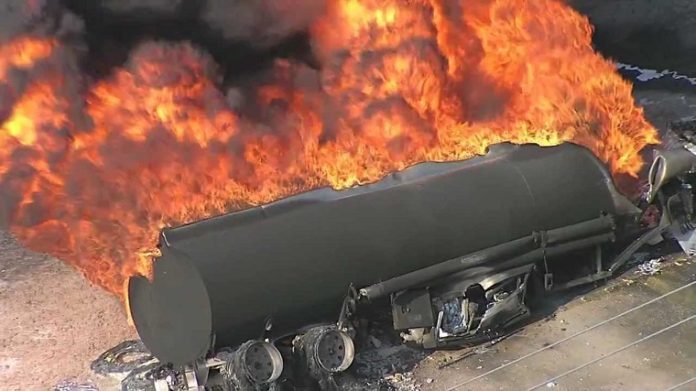 Vehicles numbering 13 have been destroyed in a fuel tanker explosion around a trailer park at Ogere, Lagos-Ibadan expressway.

According to eyewitnesses, the explosion occurred at about 6:20am on Tuesday impeding traffic outward Lagos State

Fire Fighters and road safety officials are at the scene battling the fire.

Officials told Channels Television that the casualty figure cannot be ascertained for now.

The officials say as they tried to remove the burnt vehicles and open up a detour for other vehicles, the fire ignited again prompting firefighters to resume extinguishing the fire.

IPOB Is Not A Terrorist Organization…US Govt