Home PUO NEWS Why We Won’t Succumb To Pressure By Criminals To Lift Curfew –... 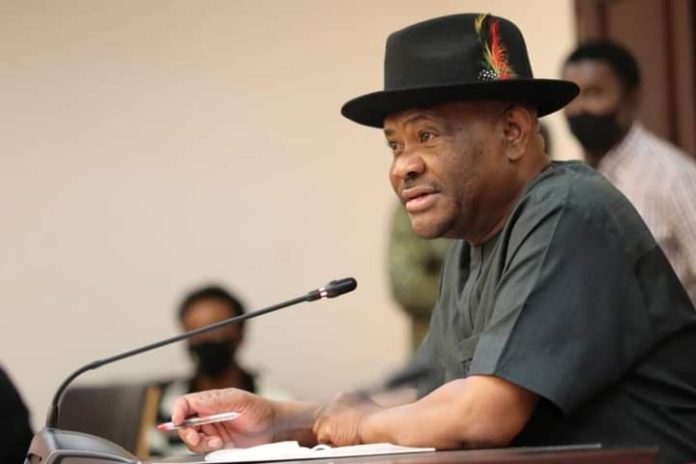 Governor Nyesom Ezenwo Wike says the curfew imposed in the wake of dastardly attacks on security formations in Rivers State will remain in place despite sponsored criticism against it.

The governor, who reiterated he is not unmindful of the traffic difficulty experienced by residence of the State, particularly in Port Harcourt and Obio-Akpor councils while trying to beat the 8:30pm curfew time, argued it is better to suffer inconveniences and be alive.

Governor Wike defended the efficacy of the night curfew while speaking at the 60th birthday celebration of the federal lawmaker who represents Rivers South East senatorial district in the Senate, Senator Barry Barinada Mpigi in Port Harcourt.

” Some criminals who have not been suceeding in kidnapping, have been sending people to go on radio to say the governor should be reasonable, and that they don’t want the curfew again.”

He further continued: “Criminals are the ones who are doing that. I will not agree. Life and property is important for me. All those criminals who have been sending people to go on radio that they are suffering, and that we should extend the curfew to 12am, to enable them kidnap people from 7pm, will not succeed. Don’t waste your time.”

Governor Wike explained that the imposition of the curfew is based on security advise by law enforcement agencies, as a precaution to prevent further attacks on security formations in the State.

He enjoined residence and people of the State to learn how to make sacrifices, suffer the inconveniences of today to achieve a better tomorrow. According to him: “I want all of us to be alive to take care of our children.”

The governor also disclosed the cheering news that approval has been given for a Nigeria Law School campus to be sited in Port Harcourt, the State capital.

“We have gotten approval to have a Law School in Port Harcourt. It is not about me, it is the legacy you leave. This was a Law School that was given to Port Harcourt, but the previous government rejected it and it was sent to Yenagoa.

“Today, we have that approval that there must be a Law School in Port Harcourt. And I can assure you in six months time, our Law School will be the best Law School in Nigeria.”

He also announced that a Federal High Court in Abuja has awarded $1.1billion to the State in a lawsuit against the Federal Government.

The $1.1 Billion is entitlements of Rivers State based on the subsisting decision of the Supreme Court over production sharing contracts arising from the Deep Offshore and Inland Basin Production Sharing Contracts.

Governor Wike thanked God for his grace and benevolence toward Senator Mpigi and his family.

The governor, who recalled that his relationship with Senator Mpigi dates back to when they were both council chairmen, urged the senator to remain a steadfast Peoples Democratic Party stalwart.

Chairman of the occasion and former President of the Movement of the Ogoni People (MOSOP) Ledum Mitee, thanked God for the life of Senator Mpigi, whom he described as a politician with grassroots appeal.

Senator Mpigi said he decided to celebrate his 60th birthday specifically to thank God for life, sound health and his reuniting with Governor Wike.