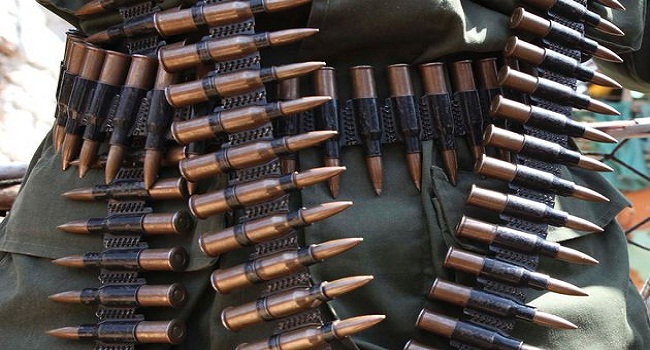 On Thursday, the controversial Kaduna-based Islamic cleric, Ahmad Gumi, insisted that some police and Army officers are aiding banditry in Nigeria.

Gumi alleged that some security operatives are selling weapons to bandits and also into drugs distribution.

Speaking exclusively with newsmen, the Islamic scholar urged the Army and the police hierarchy to identify and flush out the bad eggs.

He also claimed that some security agents aided the bandits by collecting bribe from them.

According to Gumi: “I know we have bad elements in the security and I think it’s high time that those found to be taking bribe, aiding banditry by selling weapons should be flushed out of the security system.

“Actually in Zamfara, there are some bad elements in the security but not all of them. A few percentage in our security are using the privilege advantage they have to aide bandits in gun running, drug distributions.

“So, I’m calling on the military and the police to reign in on their men and flush out the bad ones.”

Recall that Gumi had accused the military of colluding with bandits in their operations.

But, the Nigerian Army had dismissed such claim by Gumi. Lately, the activities of banditry has been on the rise across the country.

Bandits have been attacking, abducting and killing students in the Northern part of the country.

Last week Thursday, it been had reported that some bandits abducted students and teachers of the Federal Government College in Birnin-Yauri, Kebbi State.

Nigeria will regret if Pantami is sacked – Sheikh Gumi warns
The bandits killed a police officer before whisking the four staff and an unspecified number of students to an unknown location.

One of the students abducted from the school was shot dead during a gun duel between soldiers and the abductors.

But, the Nigerian Army had disclosed that five of the abducted students and two teachers of the college have been rescued.