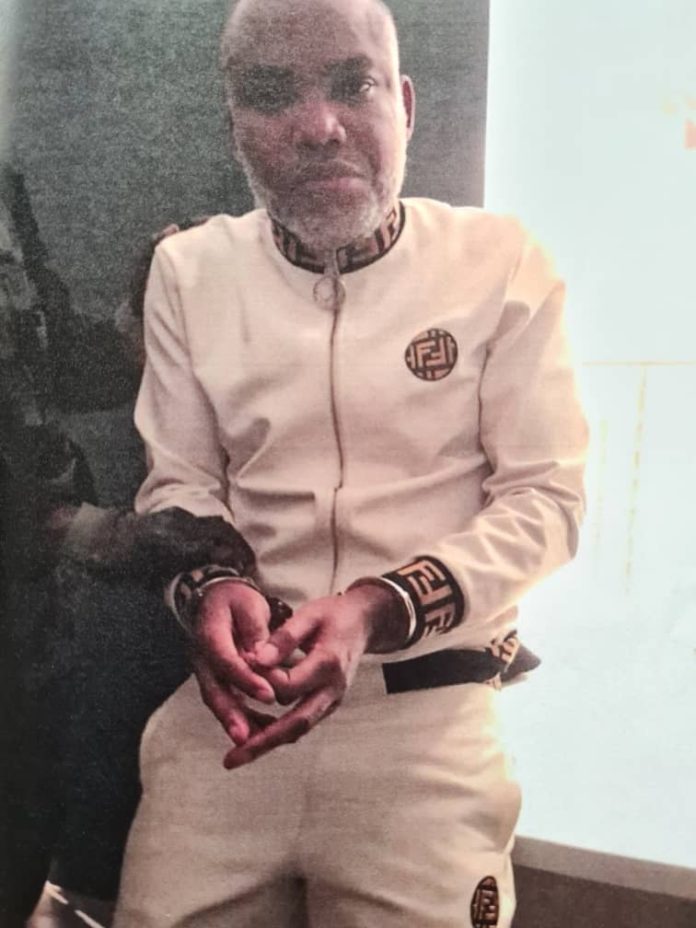 On Tuesday the operatives of the Department of State Service (DSS), produced the leader of the Indigenous People of Biafra (IPOB) before Justice Binta Nyako of the Federal High Court, Abuja.

Kanu, who was brought to court amid tight security, arrived at the court at about 1:40 pm.

However, all the entrances to the court have been locked as the hearing in the matter is ongoing.

It had reported that Kanu was arrested by a combined team of Nigerian and foreign security agents in a coordinated interception.

The Attorney-General of the Federation and Minister of Justice, Abubakar Malami, SAN, on Tuesday, at an emergency media briefing in his office, confirmed the arrest of Kanu.