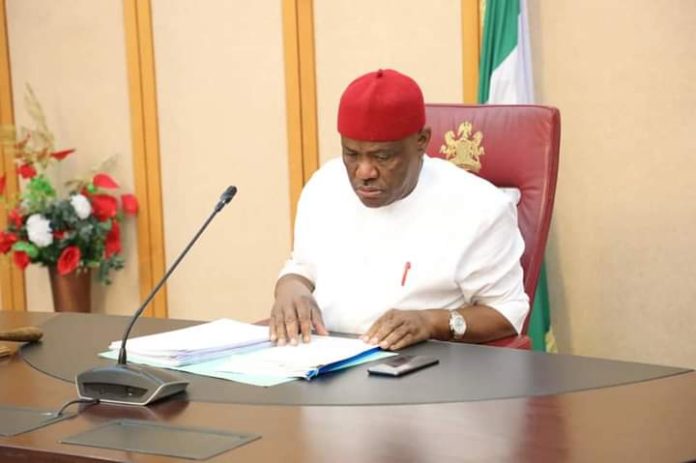 Rivers State Executive Council has approved the proposed bill that will give legal backing to the ban on open rearing and grazing of livestock in the State.

The endorsement was made at its meeting at Government House, Port Harcourt, which was presided over by Governor Nyesom Ezenwo Wike on Wednesday.

Briefing journalists after the meeting on Wednesday, the Attorney General of the State and Commissioner for Justice, Prof. Zacchaeus Adangor (SAN) said it was impossible for the State to enforce the resolution of the Southern Nigeria Governors Forum on the ban on open rearing and grazing of livestock without an enabling law.

According to him, the office of the Attorney General of the State did a draft of the legal instrument, which has been adopted by the council.

“You will all recall that on the 11 May 2021, the Southern Nigeria Governors Forum meet in Asaba and in that crucial meeting adopted series of resolution, most critical of it was that open rearing and grazing of cattle will remain ban throughout Southern Nigeria. His excellency, Governor of Rivers State was part of that meeting.

“But we realised that we don’t have any extant law criminalising or prohibiting open grazing. And so it has become necessary for the office of the Attorney General of Rivers state to propose a bill for consideration by the State Executive Council.

“That bill came up before council for deliberation. And after exhaustive deliberation and discussion of the highlights of that bill, the same was approved by council for onwards transmission to the Rivers State House of Assembly for necessary legislative action.”

Prof. Adangor said when the bill is passed into and assented to by the State governor, open grazing of livestock will be criminalised and prohibited in any part of the State.

“Now, when that bill is passed into law, it will criminalise, prohibit open rearing or grazing of livestock in Rivers state. If you look at that bill, it is divided into four parts.

“The first part deals with the objectives of the bill; that is what the bill intends to achieve and then also deals with the establishment of the state and local government livestock and ranch administration and control committees.”

Prof. Adangor explained that livestock rearing activities will only be permitted within the precinct of a ranch and such ranch would have been certified by the State government.

“The second part of the bill deals with establishment of ranches and issuance of ranching permit. Third parts deals with prohibition of open rearing and grazing of livestock offences and penalties therefor.

“The final part of the bill deals with miscellaneous provisions including power to arrest, detain and impound trespassing livestock and the jurisdiction of the court to try offences.

“In summary, once that bill is passed, no person will be allowed to openly graze livestock in Rivers State, except within the confines of a ranch. And to establish a ranch you must apply to the state committee for approval. And that committee having regard to the guidelines it is going to issue, may or may not issue approval to establish a ranch.”

He also said that council approved proposed Rivers State Residence Registration Agency Bill that will make it mandatory for residents of the State to be registered, including any visitor staying in the state beyond two weeks.

“That bill is going to establish an agency that will superintendent the implementation of that bill. So if you come to Rivers state and you are going to stay in the state for a period of more than 2 weeks, you will be bound to register.

“Of course, you can register in person or register electronically. And if you fail to register, that constitute an offence under the bill when passed into law.”

The Commissioner for Agriculture, Dr. Fred Kpakol also addressed the journalists and said that council approved the construction of a modern abattoir at Mgbuosimini in Rumuolumeni of Obio-Akpor Local Government area of the State.

According to him, the new abattoir will be an integrated facility sitting on a 21 plot of land by the seashore and provide healthier beef for Rivers residents.