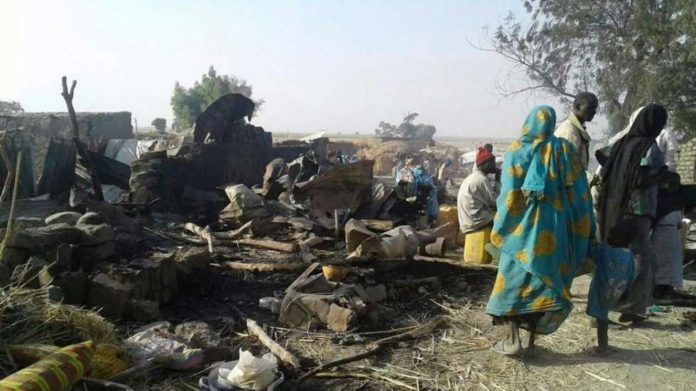 Borno State government says IDPs living in various camps will be resettled at their ancestral home before the end of 2021.

This is coming on the heels of completion of resettlement homes projects by the Borno State Government, totaling four thousand, five hundred units, across the three senatorial zones of the State.

The State Commissioner, Reconstruction, Rehabilitation and resettlement, Engineer Mustapha Gubio disclosed this when the leadership of the Nigeria Union of Journalists, NUJ, Borno Council led by the Chairman, Bulama Talba paid a courtesy call on him at his office in Maiduguri.

The Commissioner said the ten pact agenda of Governor Babagana Umara Zulum-led administration’s resettlement programme also include social amenities for the returnee communities, such as required health centres, water supply points and schools all in a bid to provide for a dignified return of the IDPs.

Engineer Mustapha Gubio added that the State Government has closed MOGOLIS and NYSC IDP camps following which the former inhabitants were voluntarily resettled and were back to farming in Auno village of Konduga LGA, Damask in Mobbar LGA, Baga in Kukawa, as well as Marte and Konduga.

“This is all part of the previously achieved twenty-three thousand shelter homes for the returnee communities out of seven thousand which were newly constructed in those areas,” he said. The Commissioner solicited for more assistance from international development partners due to the huge resources required for the reconstruction and resettlement of communities affected by the Boko Haram insurgency and appreciated journalists for mobilizing the citizenry for participation in government programmes.